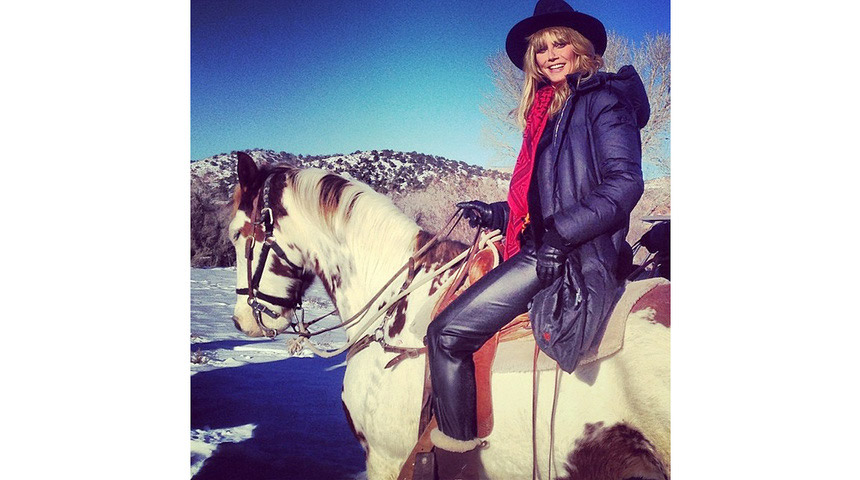 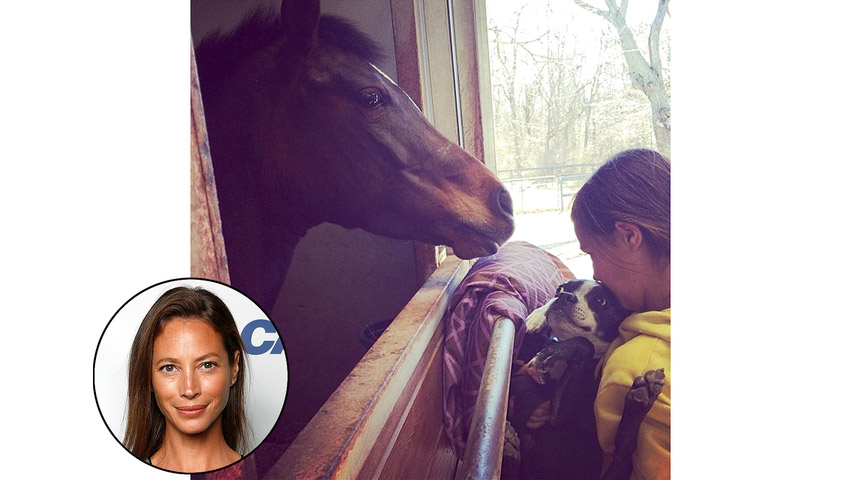 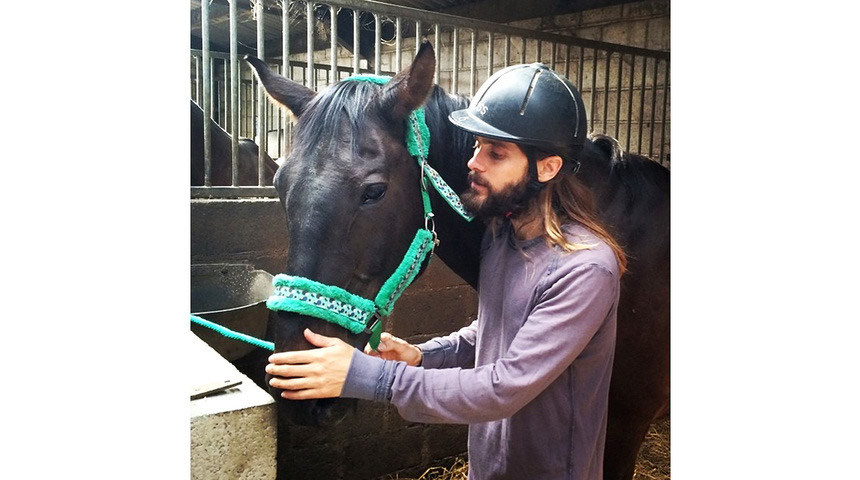 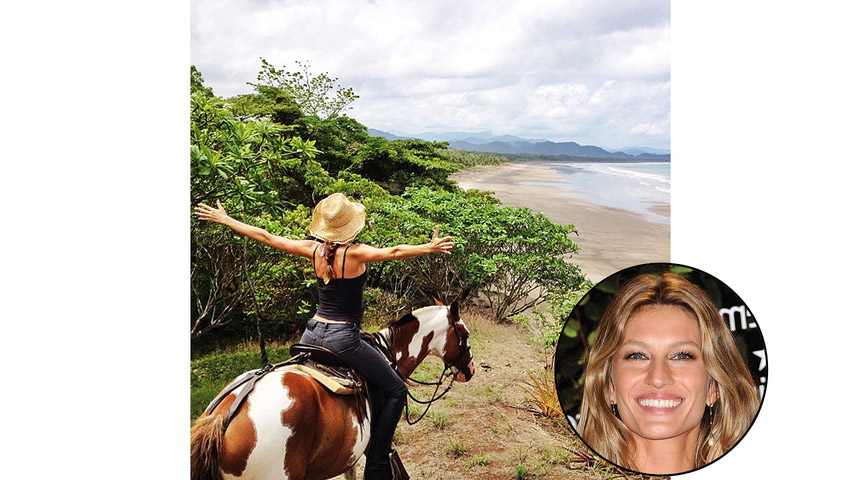 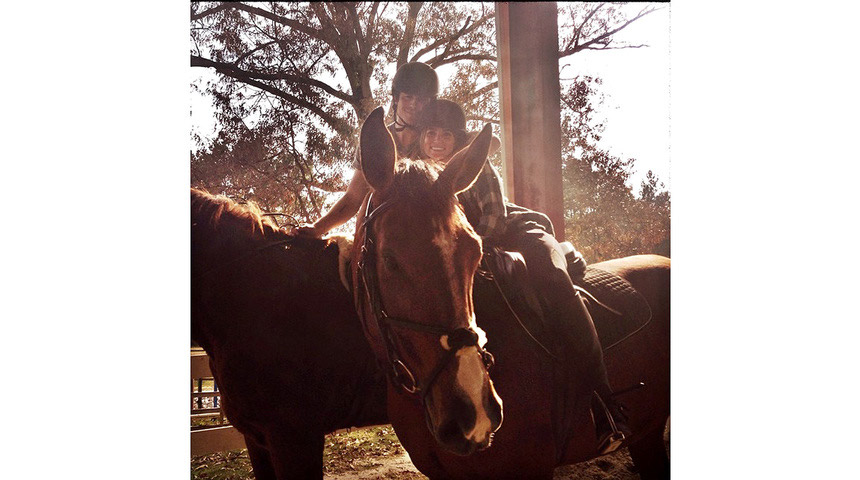 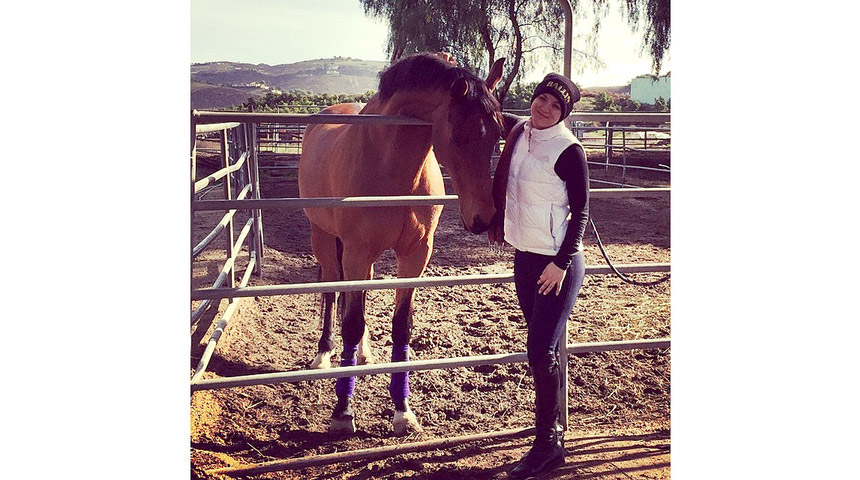 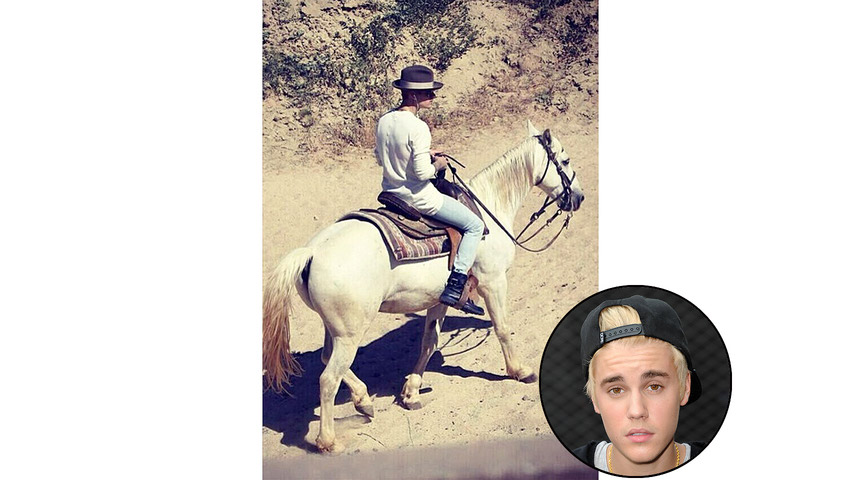 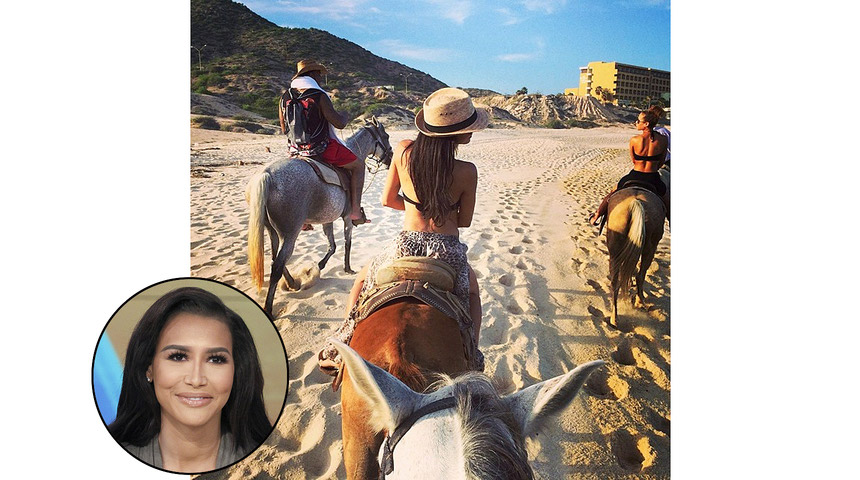 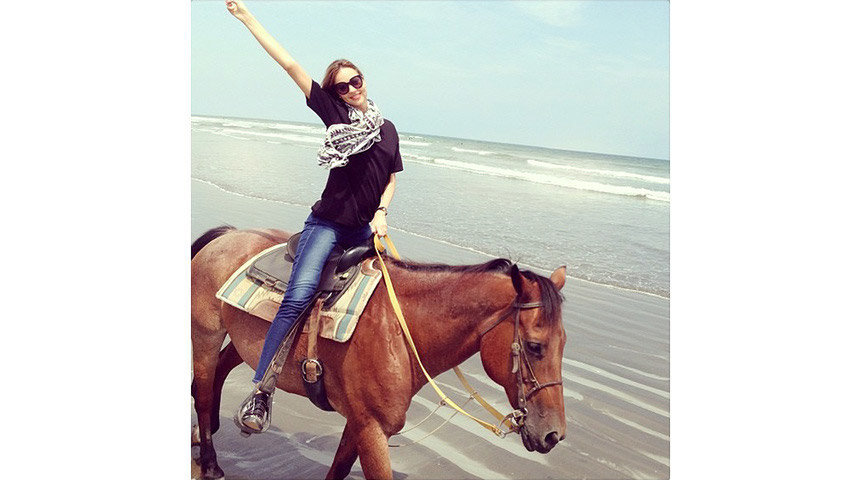 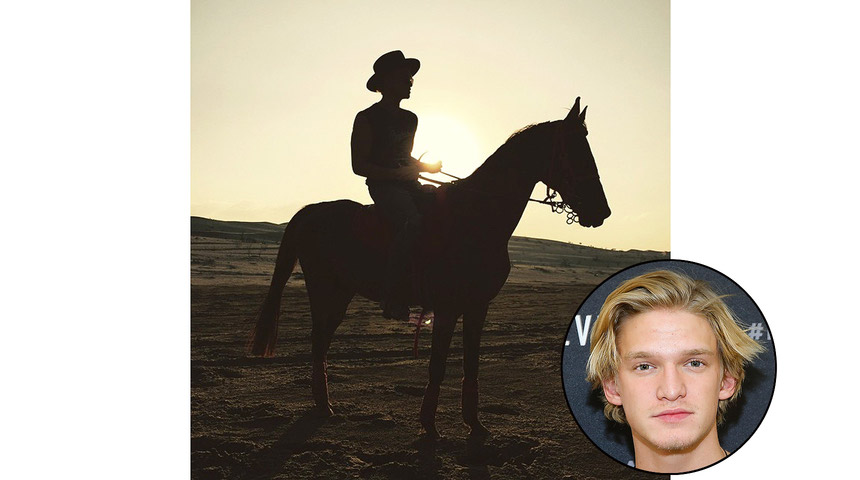 Christy Turlington, who was discovered as a teenager by a photographer in Miami while she was riding a horse, spends some time connecting with her animal instincts.

Academy Award-winner Jared Leto is a self-confessed horse lover! “Me and my friend Piero—the talking horse! We danced too,” he captioned this image.

Supermodel Gisele Bundchen started riding horses when she was 8 years old in her home country, Brazil.

The couple that rides together, stay together! Ian Somerhalder and Nikki Reed cozy up on a horse.

Kaley Cuoco-Sweeting is an avid equestrian, suffering a leg injury in 2010 that forced her to miss appearing in a few episodes of her hit show, The Big Bang Theory. However, the actress has refused to let a broken leg get in the way of her passion, recently riding her horse, Thor, in the 2014 L.A. Masters.

Justin Bieber isn’t shy about his passion for riding horses. The Canadian singer has posted numerous photos of himself on horseback.

Glee star Naya Rivera unwinds during a beach ride in Mexico with some pals.

Miranda Kerr grew up with horses in her homeland of Australia.

MORE INSPIRATION: Guilty Pleasures of the Thin and Famous

When you’re an in-demand model or an actor with a grueling schedule, how do you escape it all? Gisele Bundchen, Jared Leto and Justin Bieber are just a few of the stars who know that horsing around is a great way to unwind. We have proof positive that these bold-faced names make riding a priority despite their busy lifestyles. Some, like Kaley Cuoco-Sweeting and Christy Turlington, who have been riding since their youth, also happen to be in great shape. Coincidence? While it’s no mystery that equine therapy is transformative and healing for the mind, hopping on a horse also has some added physical benefits. “Horseback riding can increase aerobic fitness and improve muscular strength without feeling like traditional exercise,” Melissa Mellady, MS, Exercise Physiologist, Northwestern Executive Health at Northwestern Medical Group tells LivingHealthy. But before you saddle up, make sure you get your core in tip-top shape. “The stronger your core and your lower body muscles, the stronger a rider you will be.” Along with the emotional benefits, horseback riding seems to be great for strengthening your body while your mind powers down.