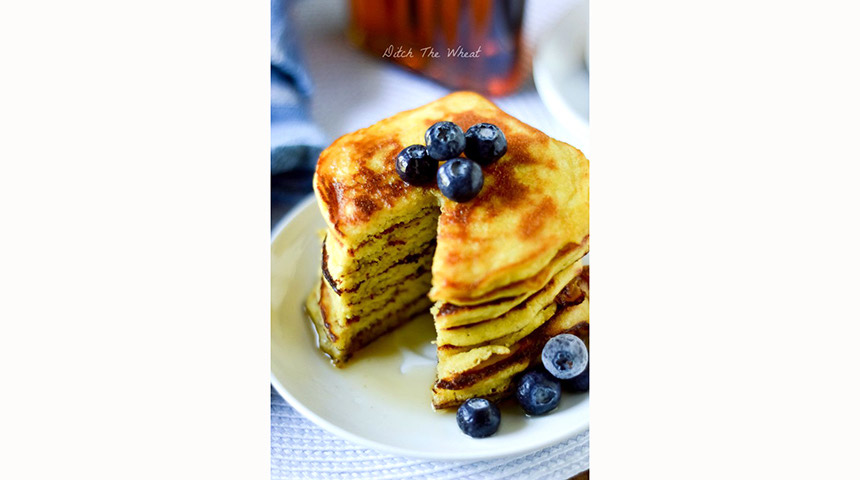 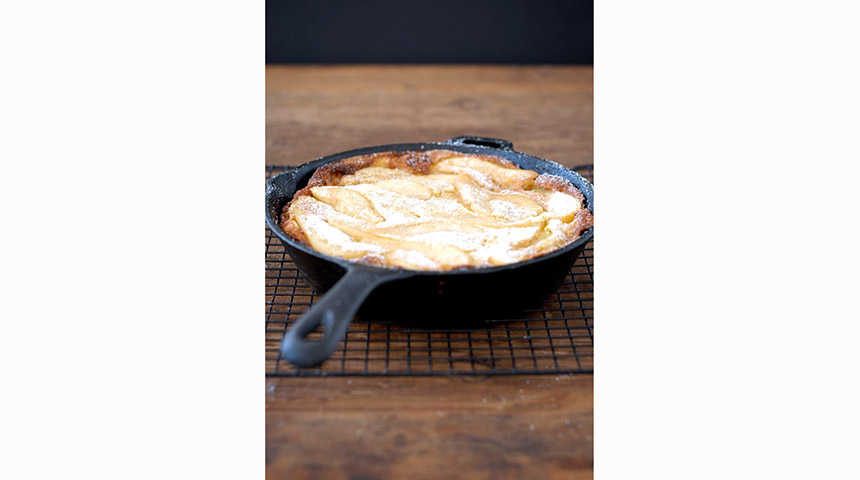 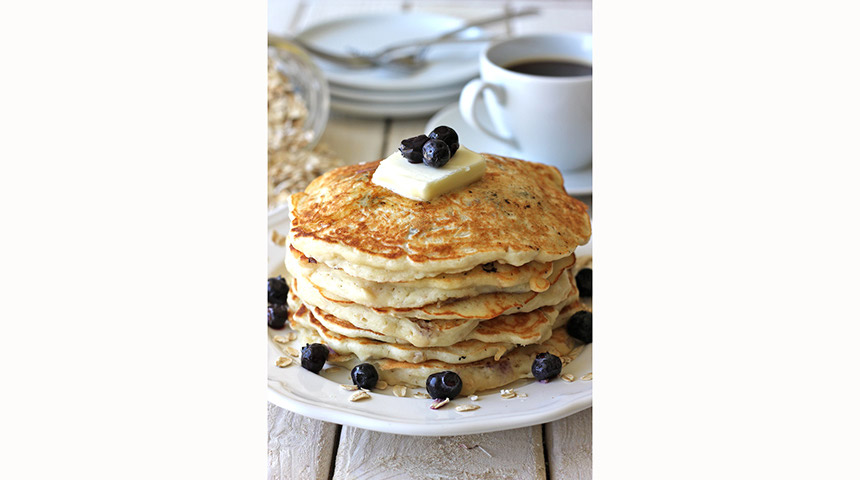 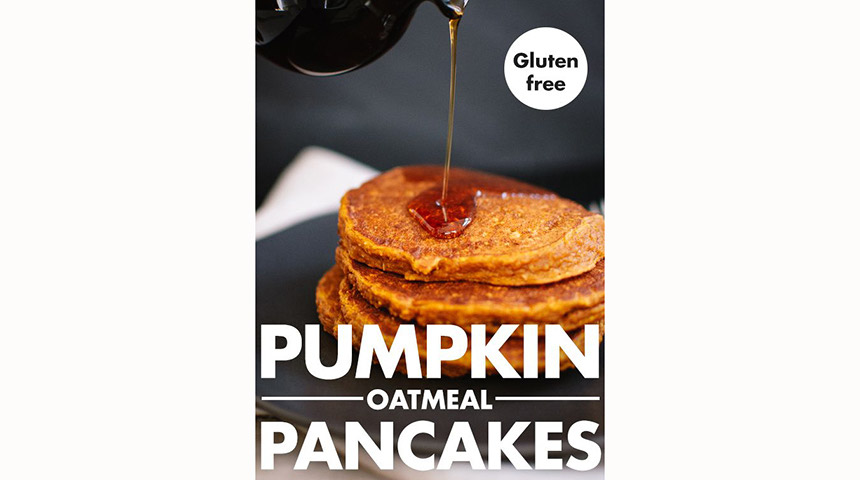 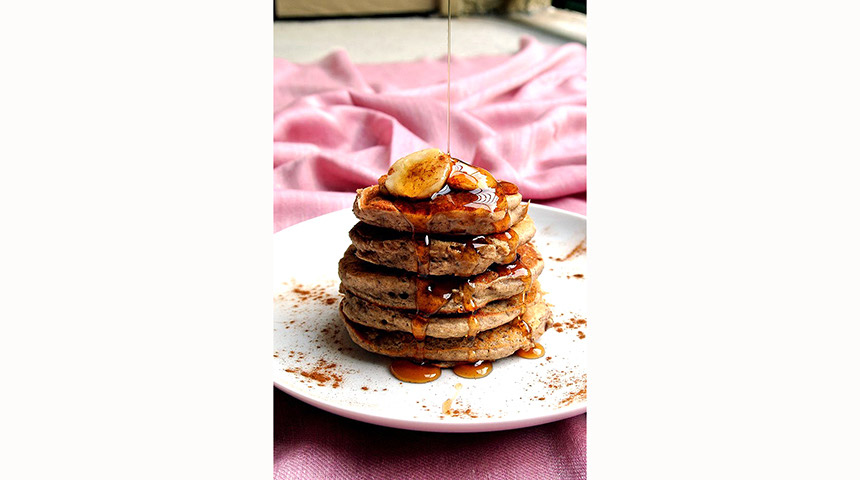 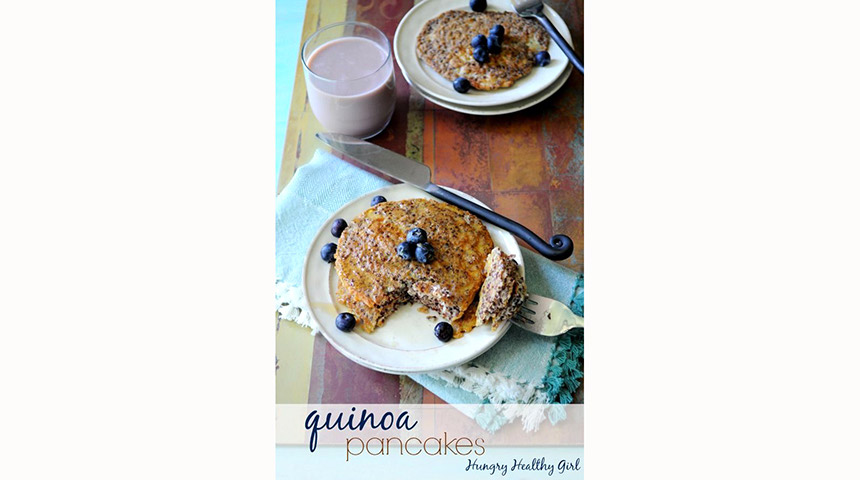 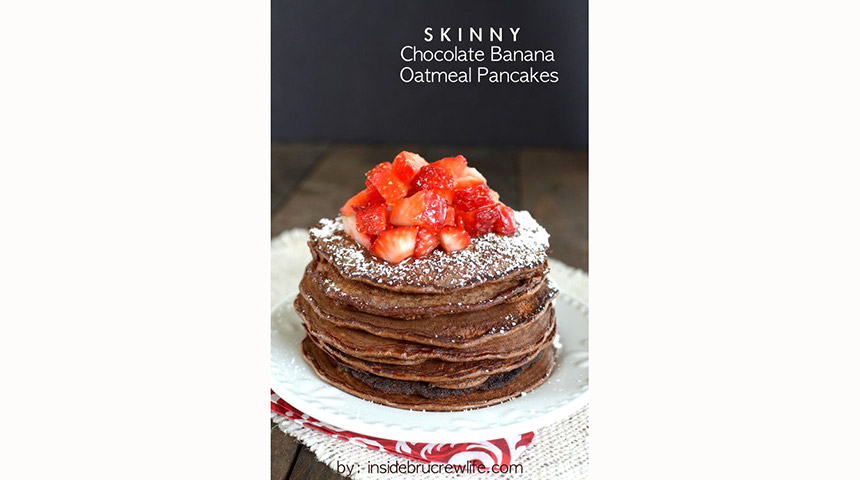 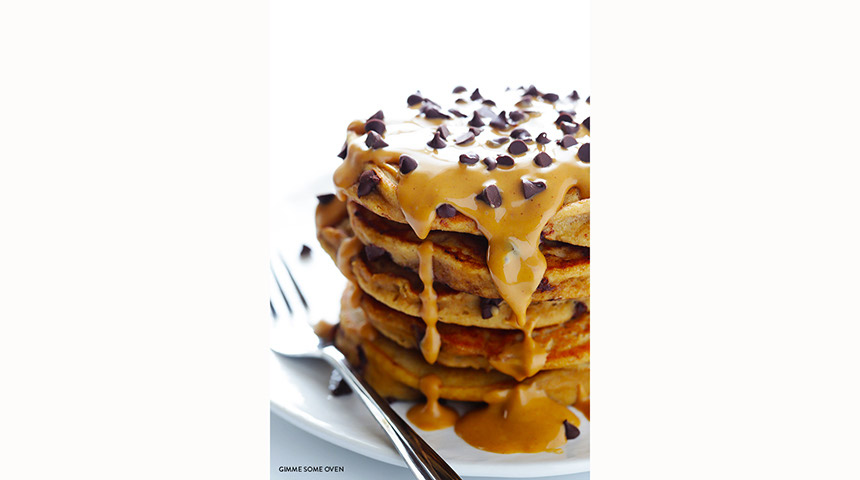 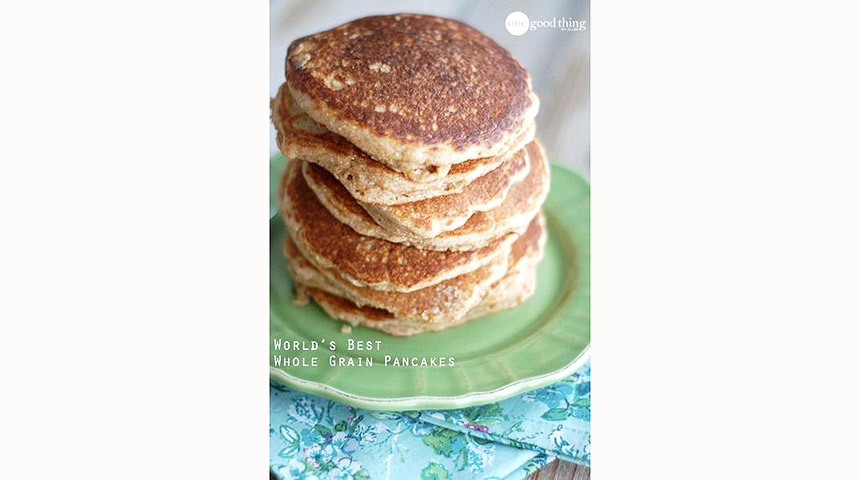 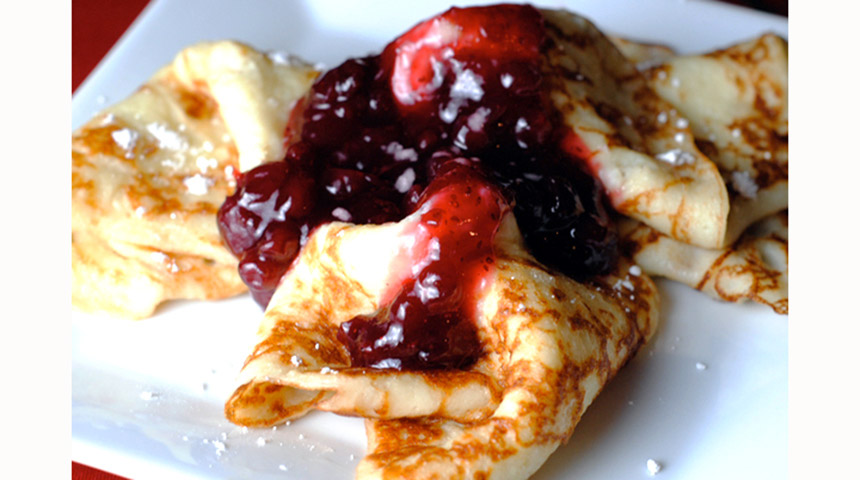 With a subtle coconut flavor, these soft, tropical-inspired pancakes won’t have you missing the good ol’ buttermilk variety.

Why you won’t feel guilty: These pancakes are grain-free, gluten-free and filled with protein from the eggs and coconut milk, but you won’t feel weighed down (why?). Coconut flour is high in fiber as well as low in digestible carbohydrates, which makes it a great substitute for other flours.

Dutch Babies, otherwise known as German pancakes or popovers, are a great way to add a twist to your pancake routine. This pear-packed recipe is not only tasty like the traditional kind but gluten-free as well.

Why you won’t feel guilty: Packed with protein from the eggs and milk, pears also pack a punch of fiber (they’re higher in the antioxidant pectin than apples!).

A bowl of oatmeal, cup of yogurt, handful of blueberries and pancake all in one, this satisfying breakfast is hearty and delicious.

Why you won’t feel guilty: Fiber-rich oatmeal has been known to decrease your risk of cancer, while blueberries bring a load of antioxidants to the table. Protein from the Greek yogurt, eggs and milk will keep you satiated for hours.

Fluffy and healthy (a rare combo!), these pumpkin pancakes are perfect for fall, as they’re made of hearty oats and warming spices.

Why you won’t feel guilty: Another score for gluten-freers, pumpkin puree is loaded with fiber, which is great for the digestive system as well as nutrients like vitamins A and E and iron.

Thick and fluffy as well as sweet and satisfying, this healthy take on traditional banana pancakes is light enough that you won’t have to crawl back in bed after consuming a stack.

Why you won’t feel guilty: Almost vegan and gluten- and egg-free, an entire batch of these pancakes is under 300 calories with nearly 7 grams of fiber and almost 10.5 grams of protein.

These grainy, textured pancakes may not be as sweet as you’re used to, but they are ridiculously good for you. Add some pure maple syrup to sweeten them up.

Why you won’t feel guilty: Just 324 calories per serving, quinoa is a great source of protein (a whopping 18.6 grams in this recipe) as it contains all essential amino acids, has almost twice as much fiber as other grains and is a great source of vitamins and minerals like iron, magnesium and riboflavin.

Satiate your sweet tooth with these delectable protein-packed treats made with chocolate protein powder and cocoa powder—without feeling the sugar high.

Why you won’t feel guilty: Fill up on protein from the powder and eggs as well as a healthy dose of fiber from the bananas and rolled oats.

If you love Reese’s peanut butter cups, you’re going to love these chocolate and peanut butter infused pancakes. Seriously, you won’t believe they are actually good for you.

Why you won’t feel guilty: Dairy-free with the option of being made egg-free as well, these pancakes are naturally sweetened with honey instead of processed sugar and packed with peanut-butter protein.

This pancake recipe may seem pretty basic, but these whole-grain breakfast cakes are not only nutritious but also delicious!

Why you won’t feel guilty: Multiple studies have shown that whole grains reduce the risk of everything from heart disease and cancer to diabetes and obesity. This recipe also contains very little sugar and offers protein from the milk and egg.

These Swedish pancakes are light, moist and yummy as well as gluten-free. Served with lingonberries or lingonberry preserves, they are a sure crowd-pleaser.

Why you won’t feel guilty: Though not exactly low-fat because of the eggs, milk and butter, these easy-to-make cakes are packed with protein and won’t give you that gluten and sugar hangover.

Who wouldn't enjoy a stack of pancakes—especially if it satisifed your taste buds and boosted your health at the same time? Traditional boxed flapjack mixes are chock-full of corn syrup, flour, buttermilk and unpronounceable preservatives and offer very little nutritional value. But get this—it doesn’t take a lot of extra time to whip up some healthier and delicious pancakes from… wait for it… scratch. Try gluten-free coconut cakes, blueberry oatmeal yogurt pancakes or any of the eight other stacks of fluffy goodness LivingHealthy has found to shake up your morning routine.