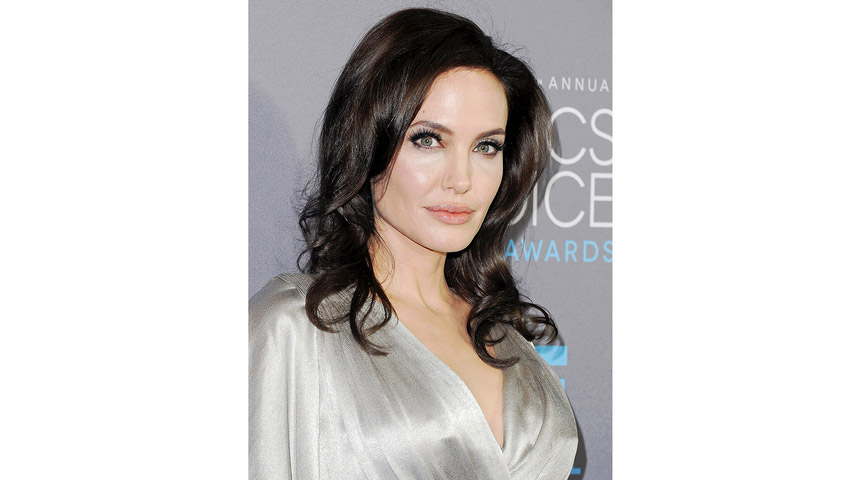 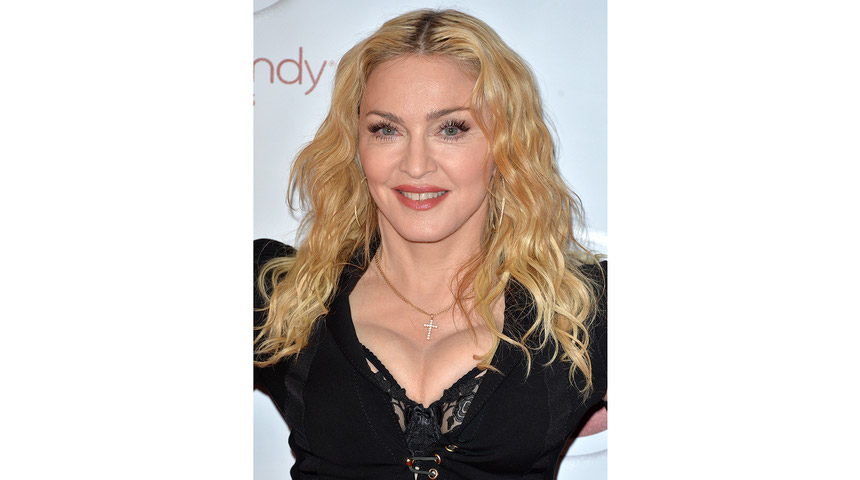 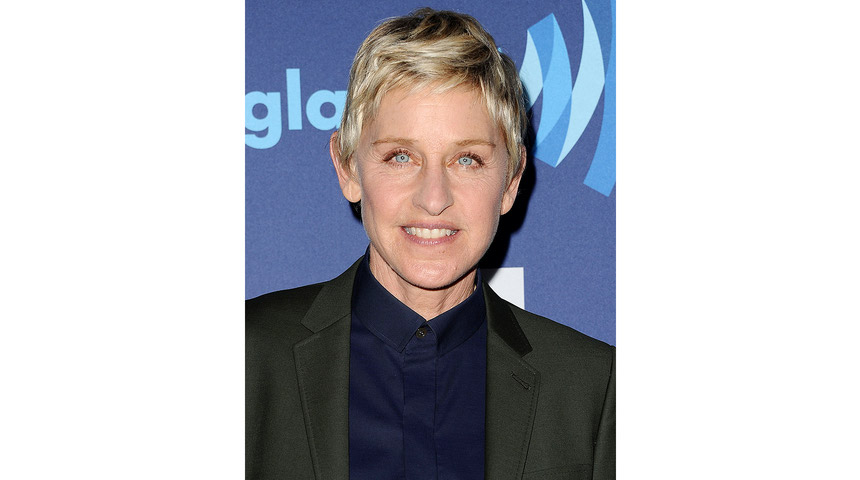 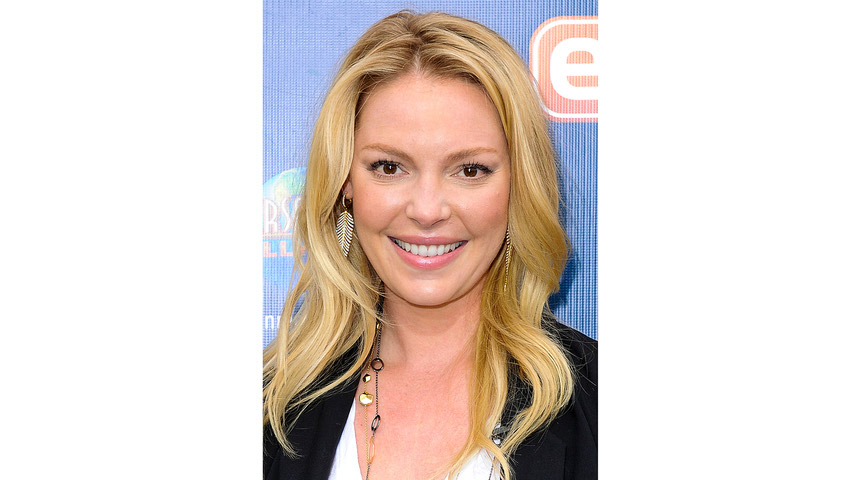 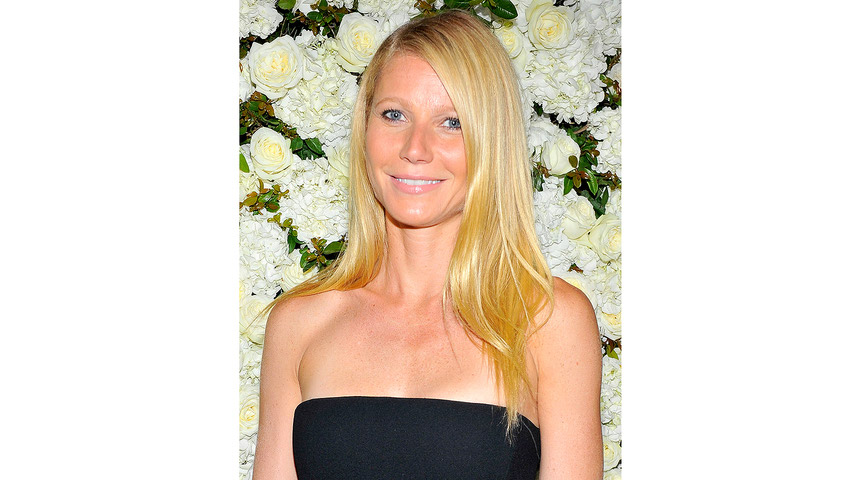 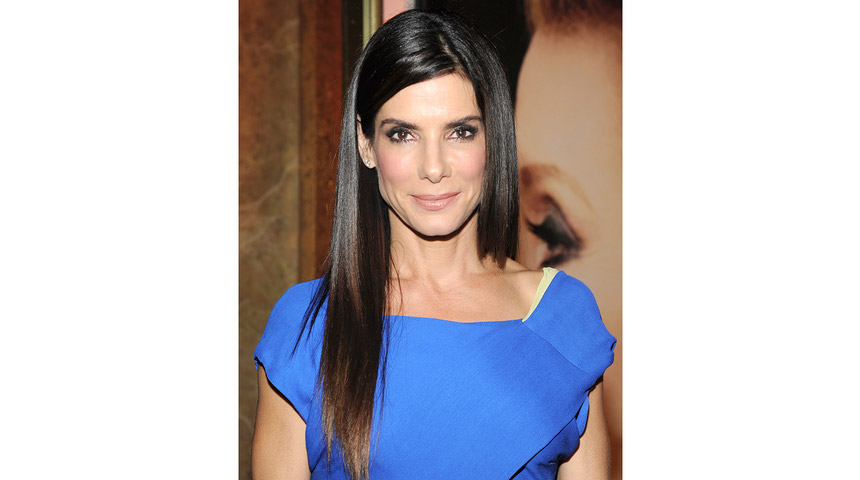 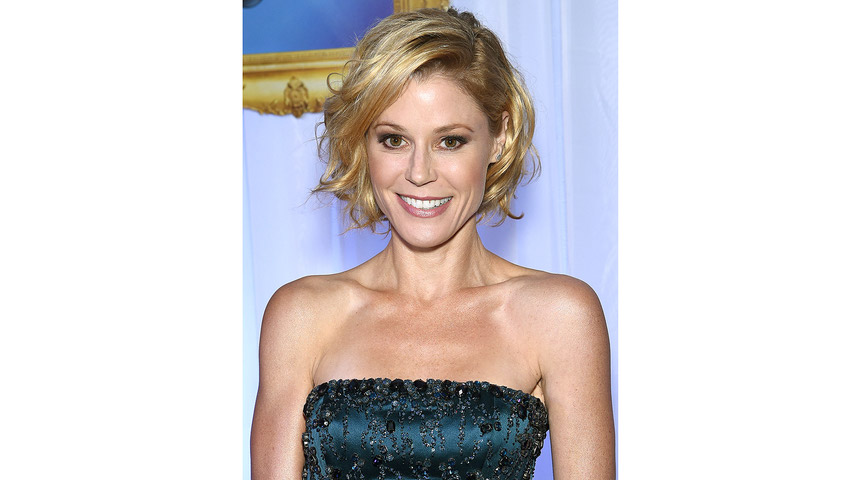 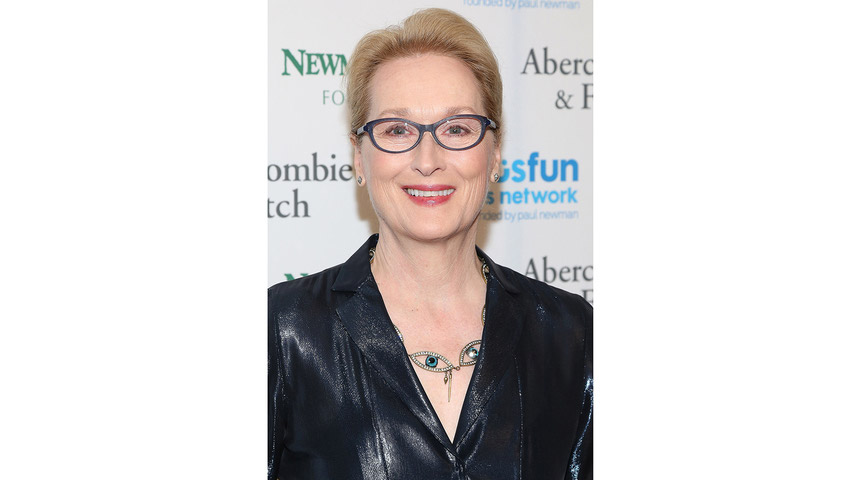 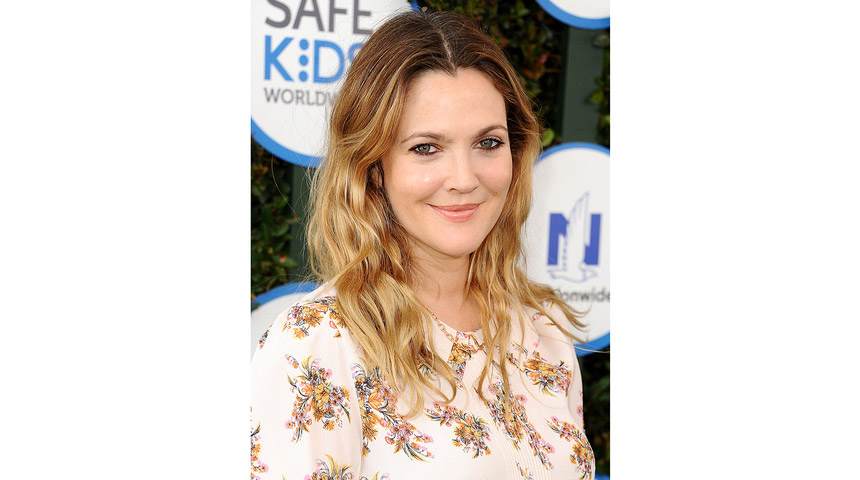 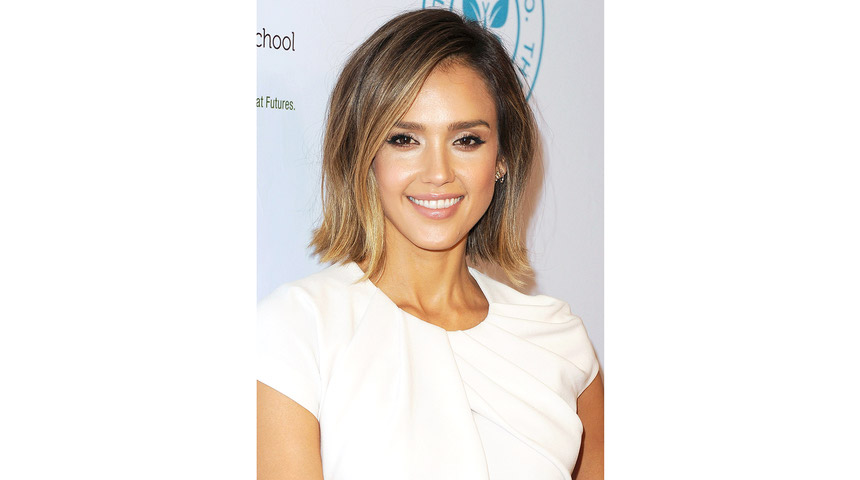 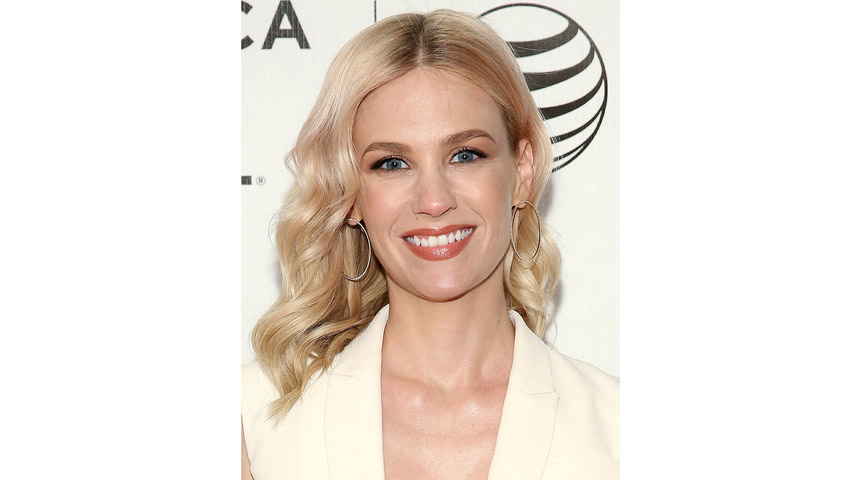 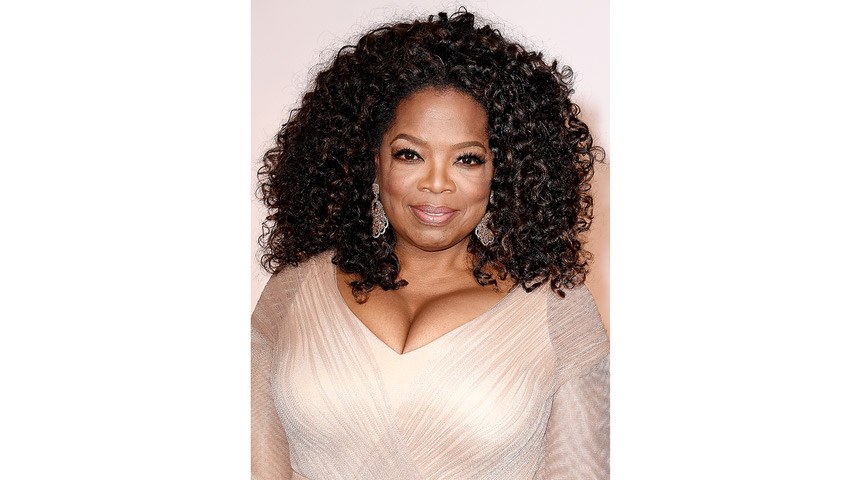 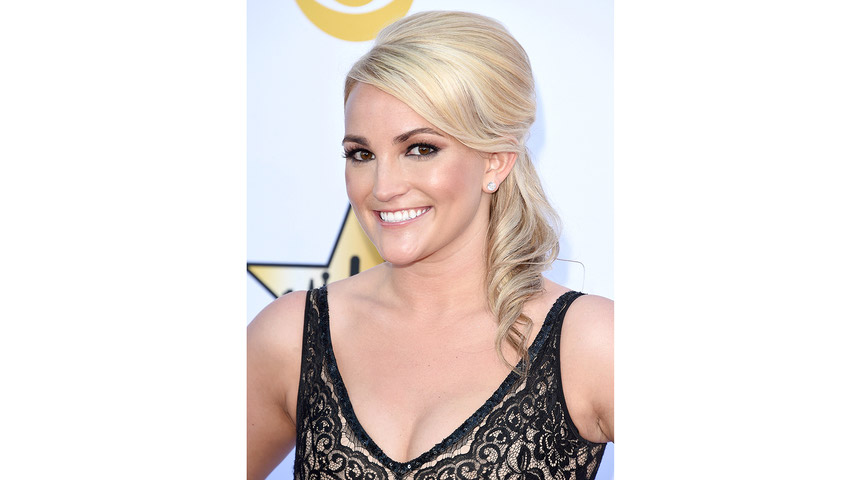 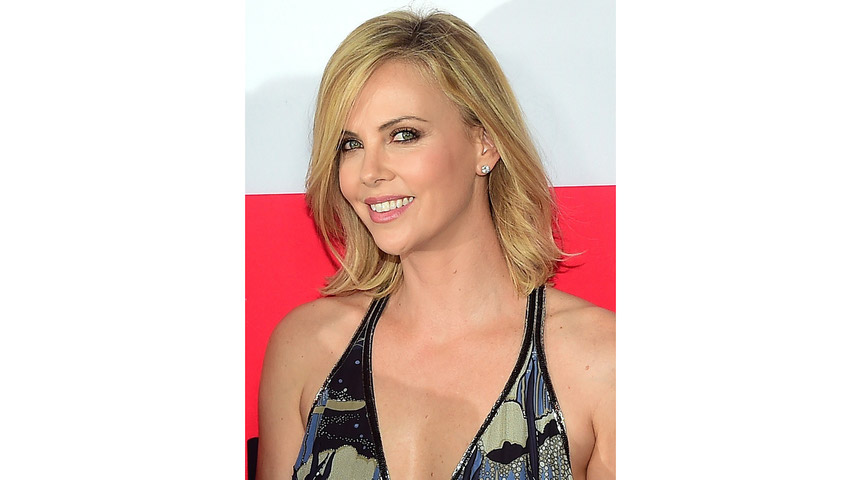 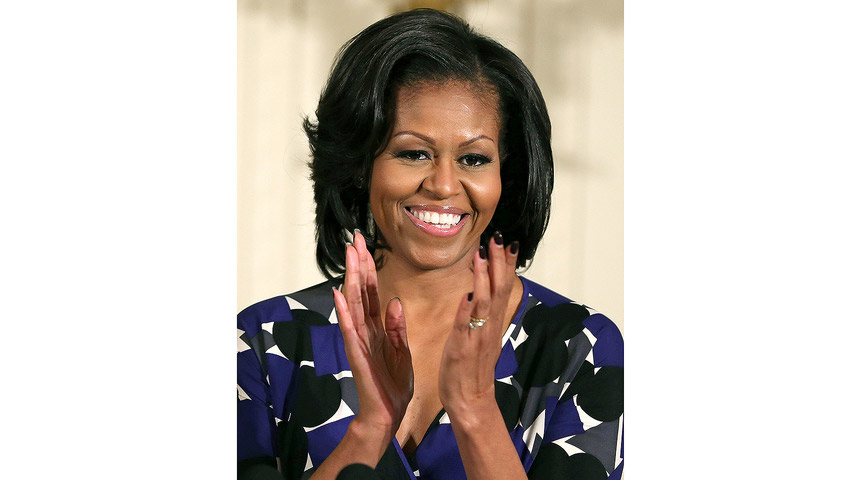 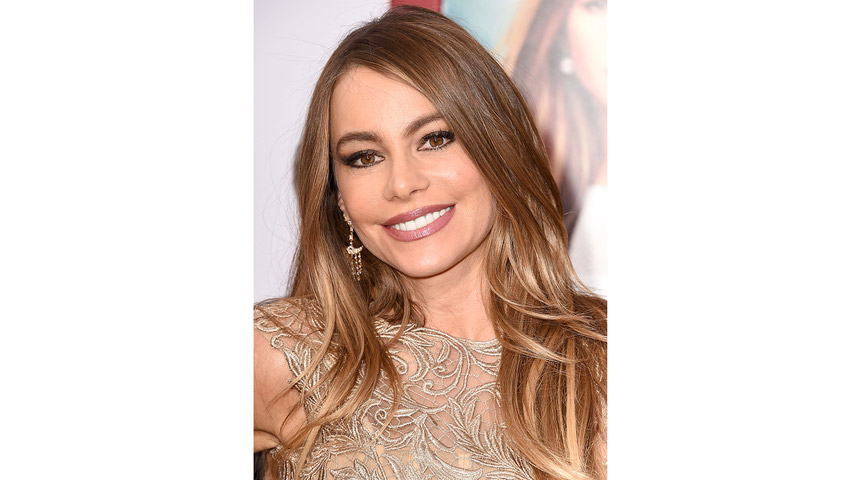 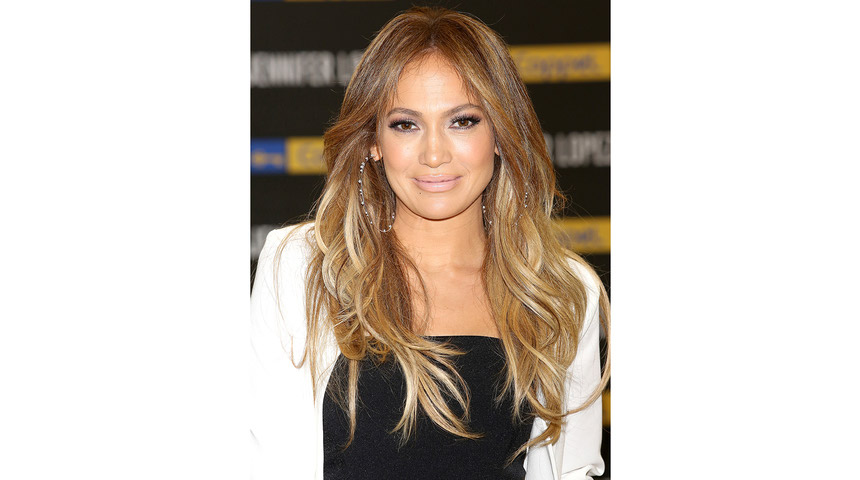 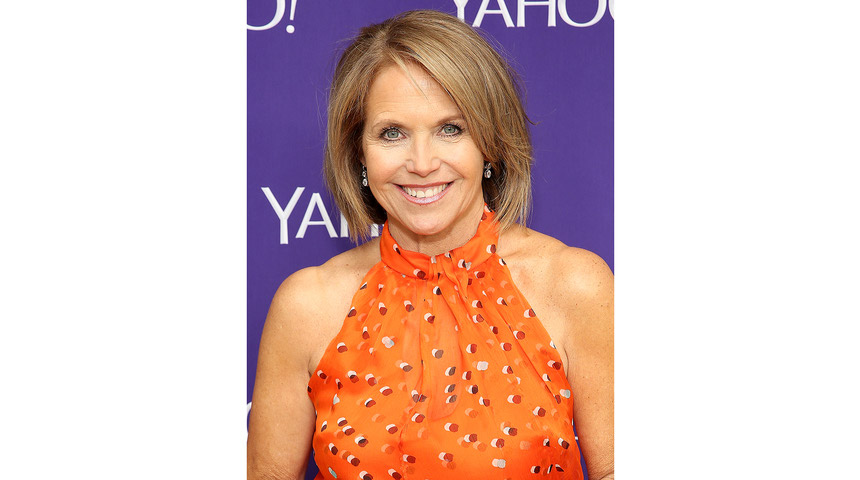 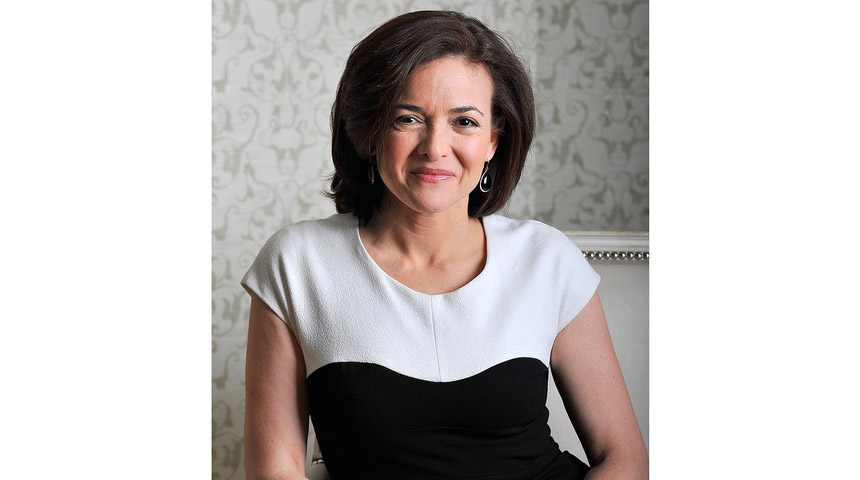 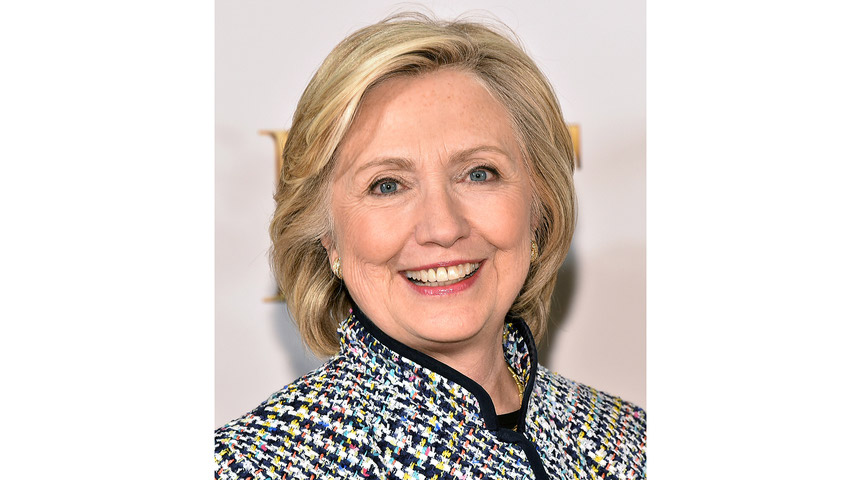 "With my family, I'm trying to raise them to have respect for all people, make friends around the world, feel at home with the world and really live a truly global [life] because I think it's what forms them and it's really important to me," Angelina Jolie said to Starpulse about her three biological and three adopted children with Brad Pitt.

“I never want my children to come to me and say they want to do something because everyone else is doing it. That doesn't interest me at all,” Madonna, mother of four (two adopted and two biological), told Harper’s Bazaar. “You need to tell me your personal reasons about why it will benefit you, what you're going to get out of it, what it means to you. Otherwise, you're just a robot. You're not thinking for yourself. Where would you go with your life with this kind of attitude?"

Though Ellen DeGeneres doesn’t plan on having kids with her longtime partner and wife, Portia de Rossi, she is a big supporter of moms and children, and showers mom-to-be on her yearly Mother’s Day special. "I think I would [be a good parent], but that's not enough to have kids," she told NBC’s Today host Matt Lauer. "I love kids. But that's such a big commitment. And it seems long-term. It seems like a commitment that you have to stick with. And I just don't know if I can—it's too risky."

Katherine Heigl, who has two adopted children with husband Joshua Kelley, recently revealed to Redbook that to her, adopting children is basically the same as biologically bearing them. “We still talk about having biological children as well—I’m not ruling anything out. But my feeling about adoption is, why not? There’s nothing about it that makes it any less meaningful of a relationship in my mind.”

Gwyneth Paltrow, who is “consciously uncoupled” from ex-husband Chris Martin, the father of her two children, prompted outrage in 2014 when she discussed the difficulty of being an actress and a mom. "It's much harder for me," she told E!. "I think it's different when you have an office job, because it's routine and, you know, you can do all the stuff in the morning and then you come home in the evening. When you're shooting a movie, they're like, 'We need you to go to Wisconsin for two weeks,' and then you work 14 hours a day and that part of it is very difficult. I think to have a regular job and be a mom is not as—of course there are challenges, but it's not like being on set."

Single mother Sandra Bullock, who adopted a child shortly before she split from former husband Jesse James, confessed to Vogue that becoming a mother was a game changer. “Work was my life before. Now I have no reason to leave home.”

Modern Family mom Julie Bowen, who compared raising her three kids to “running a small army,” isn’t a pushover when it comes to parenting. "[I've learned that] being your kids' best friend is not always the best parenting choice," she told Working Mother magazine. "It's not about everybody being happy all the time. It's about setting limits. In my house that makes my kids very unhappy, like tantrums-on-the-ground-twice-a-day unhappy. But the limits are set."

When asked by The Talks how she juggles her consuming career and motherhood, Meryl Streep, who has four kids with husband Don Gummer, confessed it isn’t easy. “Well, the first thing is a great husband. That I found many years ago and I am lucky in that way. And then you have to have a lot of stamina. And you have to have very good organizational skills. I feel like I run a business although I haven’t [ran] one. It’s planning, planning, and planning.”

Hollywood mom Drew Barrymore has put her career on the back burner since becoming a mother of two. "I think I will act less and less," Barrymore revealed on the Today show. "It's hard to be present when you wake up before [the kids] and come home after they've gone to bed. That's just not the way I want to have this journey with my kids at this point in their life. But maybe when they're older, I will feel differently. At this point, I think that it has to be few and far between."

Jessica Alba, who was inspired to start her billion-dollar business venture The Honest Company after becoming a mother of two, told People that motherhood has made her fearless. "When I became a mom, I just kind of opened up and got a new perspective. I have a fearlessness and a confidence that I think you can only get with experience and age. Some people get it earlier, but it took me a while."

January Jones is completely content with her single mother status. “People keep saying, ‘Oh poor you, being a single mom.’ But I don’t want to be pitied,” she said to Glamour UK. “I can do anything I want to do. I work, I date, I have friends. I have time for everything I had time for before. I just have an added amazing thing in my life. I don’t think being a single mom is something I need to feel sorry about or need to go to group therapy over. It’s really a joy in my life and that’s it.”

Though media mogul Oprah Winfrey doesn’t have children of her own, she has changed the lives of many young women at her Oprah School for Girls in Africa. “I have great relationships with all my girls, particularly the seven who are in school in the United States—it has actually enhanced and uplifted my life in ways that I never even imagined being ‘Mom Oprah,’” she told the Huffington Post. “… [So] the aspect of mothering, it's just turned out to be perfect for me, because I probably wouldn't have been good with little kids, with the life that I was leading, and now they're just at the perfect age so that we can share and experience and have real conversations about things that matter.”

Britney Spears’ little sister, Jamie Lynn, endured backlash from the media when she became pregnant at the age of 16. However, she has become a role model for younger mothers across the world. “When I saw MTV's Teen Mom was coming out, I remember thinking, ‘Oh my God, I cannot wait to see this show because there's someone else out there,’” she said during a Glamour interview. “I mean, I feel for those girls. I've been that girl. It does show that motherhood is hard. There were so many times—especially when Maddie would get sick—when I would cry to myself and think, ‘I really don't know what to do.’ It takes bravery to be a young mom, and it does take bravery to let the world watch.”

"You know, I don't think any mother aims to be a single mom. I didn't wish for that, but it happened," said Charlize Theron, who adopted son Jackson in March 2012, in an interview with Madison magazine. "I always knew I would adopt. Always."

“Like any mother, I am just hoping that I don’t mess them up,” admitted First Lady Michelle Obama, mother to Sasha and Malia, at a White House roundtable discussion in 2011, according to People. “What’s true for you all in your homes is the same for us. It’s really the interaction that we have as a family that makes it feel like home. It’s sitting down at the dinner table and having Barack’s day be the last thing anyone really cares about.”

Sofia Vergara was a real-life teen mom, and the gorgeous Latina embraced the experience with vigor and has no regrets. “When I had Manolo, I was 19, and I had the energy for everything,” she told Redbook.

Devoted mother of twins Emme and Max, Jennifer Lopez doesn’t think sex appeal has to be compromised in motherhood. "I'm not allowed to be sexy because I'm a mom? It's like, how do you think I got my children?" she told Complex in response to her haters. “The truth is I don’t want to do anything that they would be embarrassed of in the long run. But at the end of the day, they care more about me being there, taking care of them, than if I’m in a sexy video.”

Recently remarried Katie Couric, who had to raise her girls, Ellie and Carrie, as a single mother when her husband died of cancer in 1998, revealed the hardships of mothering without a father to The Huffington Post. "You don't have the bad cop when you're the good cop and you don't have a good cop when you're the bad cop, you're like the whole police force in your family... and so it's challenging," she said.

Facebook COO, Lean In author and mother of two Sheryl Sandberg told Oprah in 2013 that “having it all” doesn’t exist. “Having it all is the worst. No matter how much we all have and how grateful we are for what we have, no one has it all, because we all make tradeoffs every single day, every single minute.”

On May 1, 2015, Sheryl's husband of 11 years and father to their two children, Dave Goldberg, CEO of Survey Monkey, passed away at the age of 47 after falling off a treadmill and bleeding to death from a gash in his head. Sandberg wrote about the importance of her marriage and the equality and support her husband gave her in balancing her career and family in her bestselling book Lean In. Earlier this year Goldberg wrote on Facebook that he was "really proud" of his wife for "leading the fight for equality" and how it brings a lot of benefits "at home and at work".

"From the moment I first held Chelsea in my arms in the hospital in Little Rock, I knew my mission in life was to give her every opportunity to thrive,” wrote former First Lady and now Democratic presidential candidate frontrunner Hillary Clinton about motherhood in her book Hard Choices. “As she's grown up and stepped out into the world in her own right, my responsibilities have changed."

Being a mom happens in all shapes and sizes, especially when it comes to celebrities. Whether they have biological or adopted children, are single or “consciously uncoupled,” or act as maternal role models, these public figures take motherhood, make it their own and teach us a few lessons while they’re at it.

In recent years, women like Michelle Obama, Angelina Jolie, Oprah Winfrey, January Jones, Jessica Alba, Sheryl Sandberg and Sandra Bullock have inspired the world with their words, wisdom and unique parenting techniques. In honor of Mother’s Day, LivingHealthy is paying tribute to 20 inspirational moms and other motherly figures by highlighting some of their most poignant (and sometimes slightly controversial) quotes.