Air Pollution May Be Stalling Your Weight Loss

If you love to exercise outdoors, take note: The air you’re deep-breathing may be negating your efforts. Growing research is indicating air pollution in urban areas might hinder weight loss—and even trigger weight gain. Poor air quality may even exacerbate or set the stage for diabetes and other chronic health problems.

In an older study published in Arteriosclerosis, Thrombosis, and Vascular Biology, laboratory mice were raised in two settings: a polluted environment that mimicked the air quality of urban areas and another with a cleaner atmosphere. They found the mice that lived in more air contamination had greater body fat (around the belly and internal organs) and started exhibiting signs of diabetes—all in just 10 weeks.

But humans are certainly affected, too. Most recently, a 2015 study published in the Journal of the American Heart Association suggested exposure to air pollution can increase the risk of cardiovascular disease and stroke in women who already have diabetes. In another study, published in Environmental Health Perspectives in 2013, researchers found that the more irritating air particles there were, the higher the risk of developing diabetes. 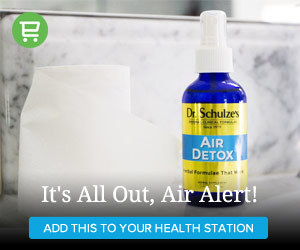 While scientists aren’t definite about the exact mechanisms causing physical degradation, one guess is that the tiny pollutants in the air unleash a flood of inflammatory molecules into the bloodstream, according to BBC. The resulting inflammation then sets the stage for other issues, such as obesity, diabetes, heart disease, increased appetite and lower metabolism.

So what’s a city dweller to do? It’s difficult to avoid pollution altogether, but you can start somewhere. Rather than jogging in areas with lots of cars, look to hiking trails or parks. If you’re especially concerned, you may want to consider switching your aerobic exercise to a gym or invest in an at-home machine like a treadmill, elliptical or bike. Over the course of your lifetime, these moments of avoiding toxic air can make a huge difference—and not only to your lungs.