Are Kids’ Bedtimes Obsolete or Should They Be the Law?

Whether you are a parent of a newborn or a teenager, chances are that at some point you have wrestled with the surprisingly controversial topic of your child’s bedtime. While playing the enforcer can be somewhat difficult—especially as your child transitions into an adolescent and tries to fight an imposed bedtime—there is no better time to take initiative than this weekend, as Daylight Saving Time ends and we all set our clocks back and gain another hour of z’s. Several studies of children’s and teens’ sleep habits over the last year have determined just how important a good night’s slumber is in correlation with development. Even the government is starting to intervene. Parents who have been believers in the “European way” of banishing bedtime may want to rethink their strategy.

A 2014 American Academy of Pediatrics (AAP) study determined that high school students need an average of 8.5 to 9.5 hours of sleep per night, and that when they fall short, they are prone to such health risks as “being overweight, drinking alcohol, smoking tobacco and using drugs—as well as poor academic performance.” An average of two out of three people of this age don’t get enough sleep. Based on these findings, the AAP recommended a school-day start time of 8:30AM or later. 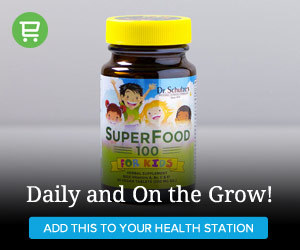 Educators and government officials aren’t taking these findings lightly. In August of this year, the Centers for Disease Control and Prevention’s Morbidity and Mortality Weekly Report found that more than 80 percent of middle and high schools have a start time at or before the 8:30AM start time recommended by the AAP. The same month, New Jersey governor Chris Christie signed into state law a bill requiring a later school start time for middle and high schools (no earlier than 8:30AM), while schools in other parts of the country are making plans to delay their start times for the 2016–2017 academic year.

Clinical psychologist and Diplomate of the American Board of Sleep Medicine Michael Breus, PhD, otherwise known as “The Sleep Doctor,” strongly agrees that regulating a child’s sleep habits is absolutely crucial. “Sleep represents the time when a majority of both physical and mental development occur,” Breus tells LivingHealthy. “Emotional development usually occurs during waking hours, but without the proper amount of sleep, depression, anxiety, suicide, etc., all go up.”

Breus points out that during the most restorative sleep stages, three and four (they last anywhere from five to 15 minutes each), growth and cellular repair occur, and in the REM stage (which occurs around 90 minutes after falling asleep and recurs every 90 minutes or so into the night), information transfers from short-term memory to long-term memory, which is why adequate sleep is so essential. “The bedtime is not obsolete,” he adds. “It is currently ignored, and it is devastating to a child’s development.”

While it may be difficult to get children on a regimented sleep schedule, Breus maintains it is the parent’s responsibility to guide them to bed at the appropriate times because “children rarely want to go to bed on their own.” If you are unsure about how long your child should be sleeping and what time you should be putting them to bed, take advice from the National Sleep Foundation (NSF), which recently updated their sleep guidelines for all age categories. Take the recommended range of sleep and work backwards from your child’s wake-up time. For newborns (up to three months old), the NSF advises 14 to 17 hours of sleep; infants (four to 11 months old), 12 to 15 hours; toddlers (1 to 2 years old), 11 to 14 hours; preschoolers (3 to 5 years old), 10 to 13 hours; grade-school-age children (6 to 13 years old), nine to 11 hours; and teenagers (14 to 17 years old), eight to 10 hours.

Breus offers the following tips to make sure your kids are getting the sleep they need:

1. Remove the TV, electronics, phones and computers from the bedroom. “The blue light from these devices can have an effect on melatonin production, reducing it, which makes it harder for kids to fall asleep,” he explains.

2. Replace regular lighting with sleep-friendly bulbs. “Light for kids in the evening will continue to push their circadian clock in the wrong direction, as well as delay melatonin production,” says Breus. He suggests looking into lighting from the Lighting Science Group, a company that produces sleep-friendly bulbs.

3. Have an electronic curfew one hour before lights out. It’s important to give your kids time to wind down after a day of cell phones, television and computers. Unplugging early “helps a child ease into sleep,” says Breus.

4. Try not to let them sleep in more than one hour extra on the weekends. This will be tough to enforce with teens, but “letting your children sleep in too late will shift their clock, when what you really want is to make their wake time consistent,” he adds.

5. Educate children on why sleep is important. If your kids understand why sleep is so crucial for their development, they may put up less of a fight!