Chronic Fatigue Syndrome Is Finally Getting the Attention It Needs

As we collectively get busier and busier, we’re also getting more and more tired. It’s easy to declare, “I’m fatigued,” after a long week of juggling multiple responsibilies, but this common complaint means something completely different to people with Chronic Fatigue Syndrome, a complicated and highly misunderstood disorder. According to the Centers of Disease Control and Prevention, CFS is characterized by “profound fatigue that is not improved by bed rest and that may be worsened by physical or mental activity.” The good news is something is finally going to be done about it—the National Institutes of Health announced last week it will bolster its efforts to advance research of the growingly common disease.

Although more than one million Americans are thought to suffer from this debilitating condition, the causes largely remain a mystery to the medical community—and so, the NIH’s recent announcement has been met with much acceptance from those who have long researched or have been personally affected by the illness.

“Of the many mysterious human illnesses that science has yet to unravel, [CFS] has proven to be one of the most challenging,” said NIH Director Francis S. Collins, MD, PhD, in a news release.  “I am hopeful that renewed research focus will lead us toward identifying the cause of this perplexing and debilitating disease so that new prevention and treatment strategies can be developed.”

The Institute of Medicine, an independent government advisory group, published a list of diagnosable symptoms: profound fatigue lasting at least six months; exhaustion after minor physical or mental exertion (which patients sometimes describe as a "crash"); unrefreshing sleep; cognitive impairment (aka "brain fog") or a worsening of symptoms upon standing. Although these symptoms are extremely disruptive to one’s day-to-day life, CFS has not yet received the attention it deserves—neither through research nor in doctor’s offices, with sufferers describing getting dismissed when broaching their symptoms to their healthcare professionals. 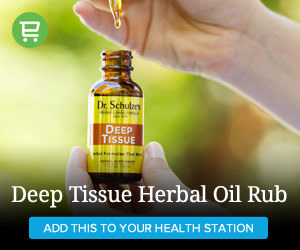 To help resolve this, in February a panel of the Institute of Medicine proposed renaming the condition to systemic exertion intolerance disease. Lucinda Bateman, a panel member, told NPR, they chose to use the word "disease" because "it's a stronger word.” The idea is: Being diagnosed with a “disease” will prompt doctors to take things more seriously. In a recently issued report, the panel also underscored that the condition is serious, telling doctors, "It is not appropriate to dismiss these patients by saying 'I am chronically fatigued, too.’"

Hopefully, the NIH’s newfound focus on the elusive CFS will not only help patients and their families, but also reinforce the movement of recognizing mental health—regardless of which one—as a condition that warrants thoughtful diagnosis, treatment and acknowledgment as much as any tangible disease.