Sugar is surely on your radar by now—and a new study published in the journal Obesity, which reveals sugar is a bigger threat to health than we think, fuels the anti-sugar fire. The conclusion? Cutting sugar from your child’s diet rapidly improves blood pressure, cholesterol and blood glucose.

In the study, researchers found that the health of 43 obese children dramatically improved when the sugar in their diet was replaced with foods like turkey, reports Robert Lustig, a pediatric endocrinologist in San Francisco and author of the book Fat Chance: The Hidden Truth About Sugar. In his study, children ate the same number of calories as before, but their metabolic disease—which can cause diabetes—was reversed within 10 days, says Lustig.

The 43 children, ages 9 to 18, had all been referred because of their weight and significant related health issues, such as high blood pressure. The researchers provided the study participants with nine days of food, including all snacks and drinks. Every item on the menu was kid-friendly, but they cut starchy high-sugar cereals, pastries and sweetened yogurt. The kids ate turkey, potato chips, pizza and hot dogs (side note: you might want to limit or forgo processed meat after this announcement). The starchy carbs were replaced with bagels, low-sugar cereal and pasta.

Overall, the sugar was cut from 28 to 10 percent, and the fructose from 12 to 4 percent of total calories. Fructose, or high fructose corn syrup, is a form of sugar believed to be a significant problem and is hidden in many foods. The kids weighed themselves every day.

Nine days later, the kids had improvements all around. Their diastolic blood pressure, “bad” LDL cholesterol and triglycerides dropped. Fasting blood glucose went down and insulin levels were cut by one-third. Their liver function test results also improved. Only their weight stayed the same. 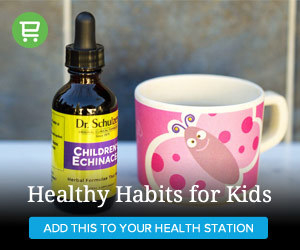 In HealthDay, a leading medical expert is convinced of the study’s significance. The finding raises serious concerns about the health effects of sugar, and calls into question the longstanding belief that "a calorie is a calorie is a calorie," regardless of its food source, said Dr. Jeffrey Mechanick, director of metabolic support in the division of endocrinology, diabetes and bone disease at Mount Sinai Icahn School of Medicine in New York City.