Heads-Up Moms, Your Pregnancy Habits Can Affect Your Future Grandchildren

This one’s for you, moms-to-be: As if worrying about your unborn child’s health wasn’t already daunting enough, you may have to think about your future grandchildren’s health too.

The field of epigenetics explores how what we do to our bodies can modify the genes we pass on to our offspring (and subsequently, our offspring’s offspring).

According to research conducted by the European Respiratory Society, mothers who smoke during pregnancy increase their future grandchildren’s risk of asthma by up to 27 percent.

A study done by Britain’s Medical Research Council found that the month in which a child is conceived has a lifelong effect on its health, as well as the health of its future children because of the nutrition available around the time of birth.

And a recent study out of Wayne State University found that mothers-to-be who experienced lead exposure during pregnancy had altered DNA methylation in their fetal germ cells—cells which would later form the building blocks of their children’s children. (The study didn’t explore how likely those DNA changes were to manifest in future generations, but older research has shown that lead has a negative effect on brain development.) 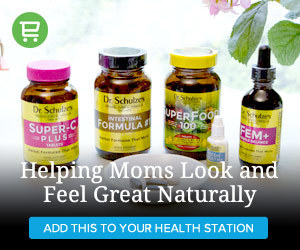 Instead of thinking of all these warnings as pressure, reframe them as motivation: Your healthy habits will actually pay off for family members born outside your own lifetime!

Does forward-reaching research like this make you feel empowered, or scared?