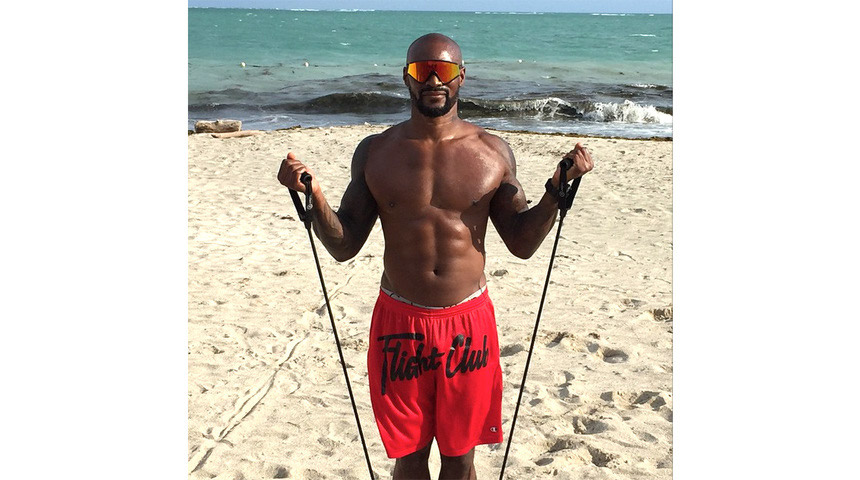 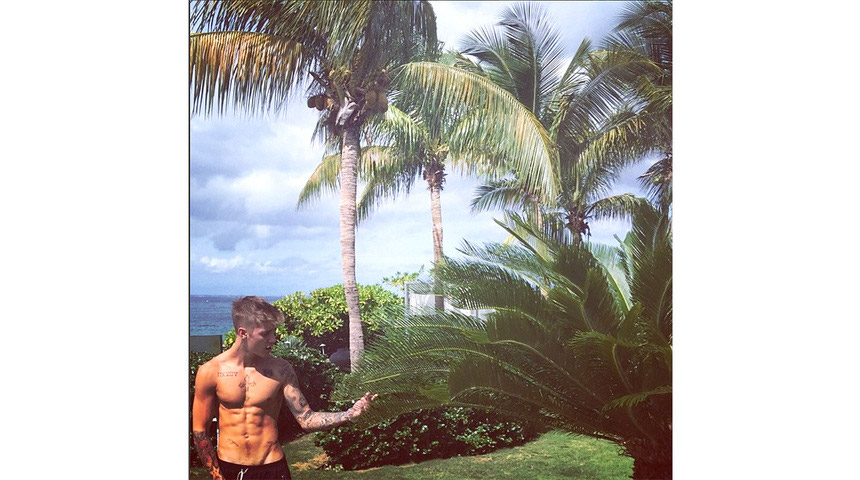 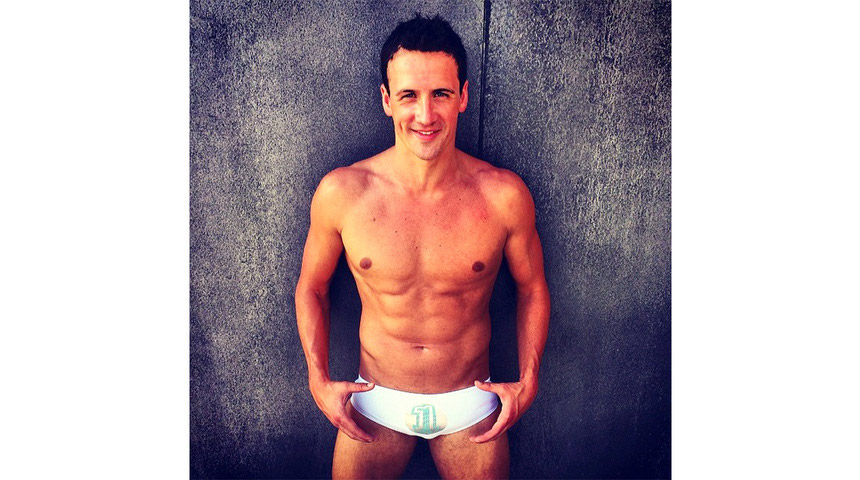 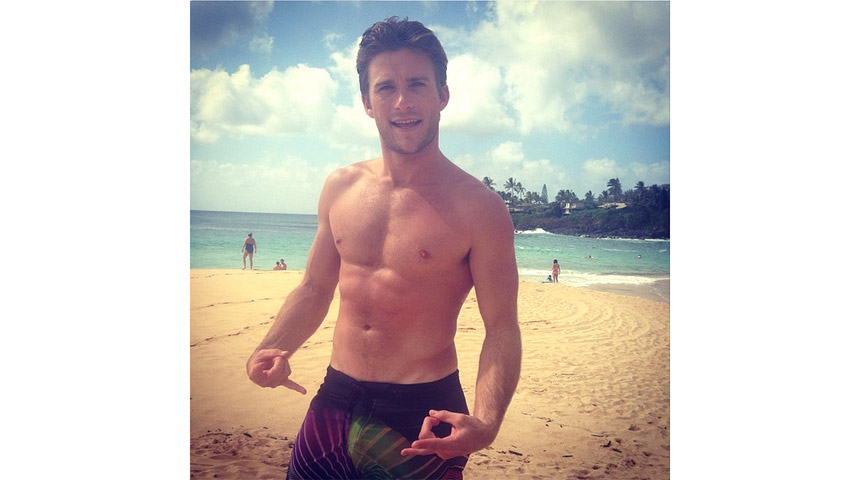 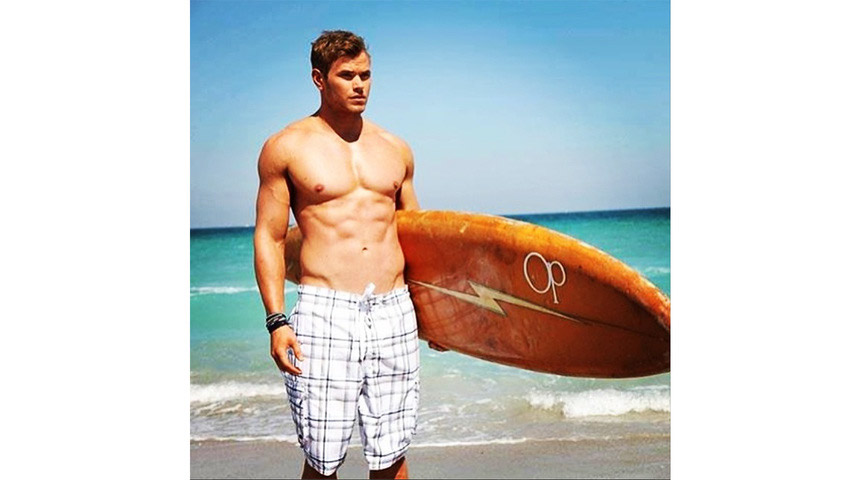 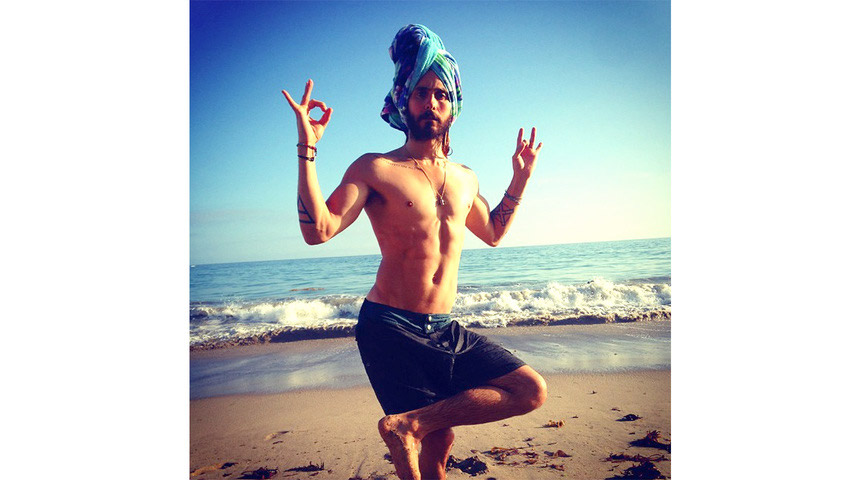 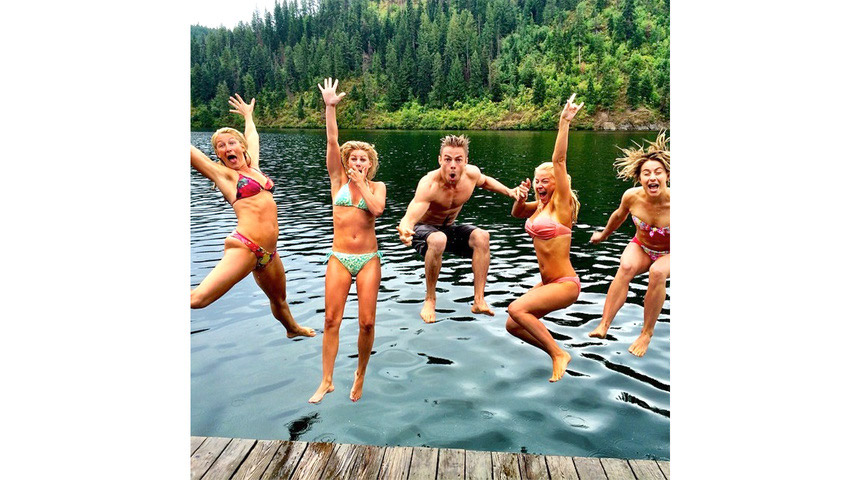 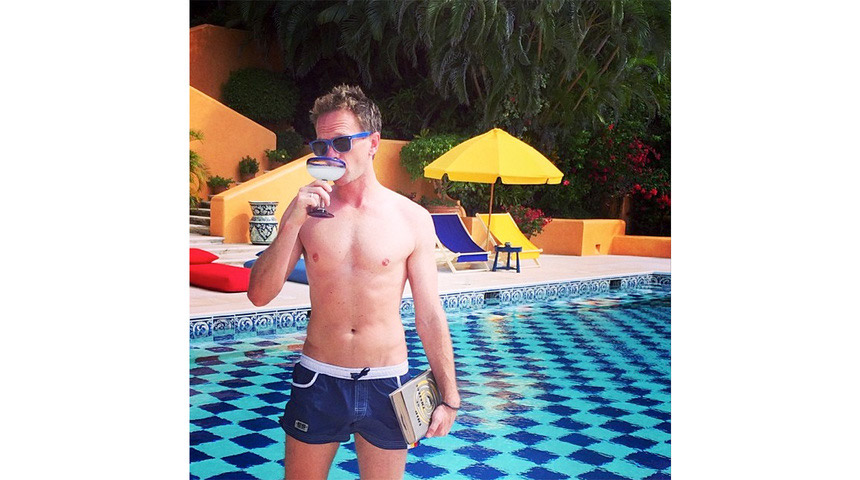 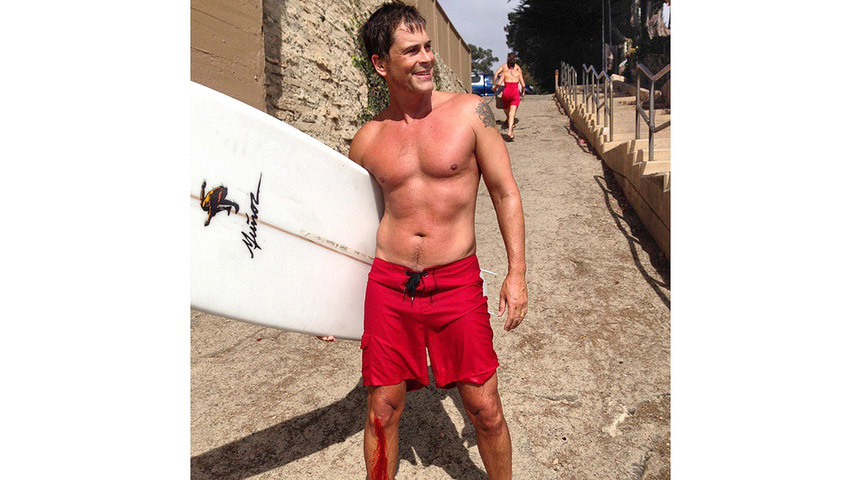 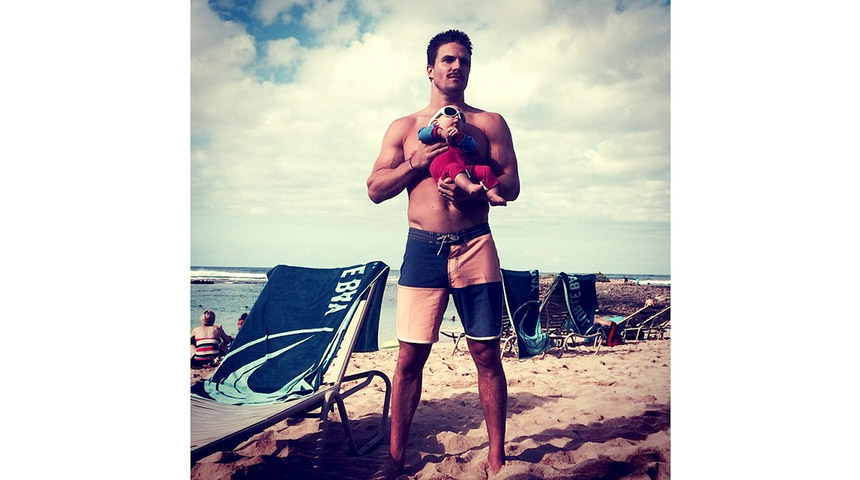 Justin Bieber may have been paid big bucks by Calvin Klein to strip down for a racy ad campaign, but the “Baby” crooner is famous for treating his millions of social media fans to free snaps of muscled midsection.

Ryan Lochte had women around the world swooning over his incredibly fit figure at the 2012 Summer Olympics, which he keeps fine-tuned by his rigorous training sessions in the pool.

Clint Eastwood’s model/actor son Scott, an avid surfer, isn’t shy about showing off his beach body on the beach.

Kellan Lutz may have been blessed at birth with a gorgeous body, but the former underwear model and Immortals star is disciplined with his diet and workout to maintain his God-like physique.

Jared Leto shows off his strength by striking a sophisticated yoga pose on the beach. The Oscar winner credits his health to a vegan diet and a rigorous yoga practice.

All that hard work on the Dancing with the Stars dance floor pays off for Derek Hough, who has one of the best bodies on television.

Neil Patrick Harris also credits parenting with giving him better eating habits. “We would order food in and by the time we ate, it was 10ish," he told Kelly Ripa in Live! With Kelly & Michael. "It's easier with kids because kids eat dinner around 5:30 or 6 pm. And we would just eat with them and I would try to not eat later."

Rob Lowe, who attributes his fit physique to big-wave surfing and a low-carb and alcohol-free diet, shows off a nasty gash from a surfing accident on Instagram.

Despite having one of the best bodies on television, Arrow star and proud papa Stephen Amell claims that his workout routine is “boring” and mostly consists of running and basic moves like “abdominal/leg scissors thingies.”

MORE INSPIRATION: 10 Stars Who Weight Train... Just Like Us

Whatever diet and workout regiments Neil Patrick Harris, Jared Leto, Rob Lowe and Tyson Beckford are following, they’re working! Not shy about stripping off their shirts and hitting the beach in their board shorts, these male celebrities are living, breathing proof that a healthy lifestyle pays off when it comes to maintaining a fantastic physique. It’s hard to believe that 1980s heartthrob Rob Lowe is in his 50s, and manages to maintain the body of a 20-something.

For many of the stars, the key is finding the motivation. The multi-talented Neil Patrick Harris told Live! With Kelly & Michael that he dropped 22 pounds in 2014 for his role in Hedwig And The Angry Inch by doing “nothing but cardio” and changing his eating habits. "I just stopped eating late. I was the kind of person who, after we put the kids down, would go eat at like 9 or 9:30pm,” he said in the interview. Derek Hough, on the other hand, is reportedly dating newly single Kate Hudson, so he might be motivated to workout alongside his very athletic lady friend.