How To Meditate Your Headache Away

A headache can be disruptive enough to call out sick or cancel dinner plans, but what if you could alleviate the pain in just two minutes—without medication—then promptly get on with your life? Kamil Wawrzyszko, the blogger behind Kamil’s View, says it’s possible using his technique: Visualize the location, color and shape of your headache; focus on it; and keep imagining it until it disappears. 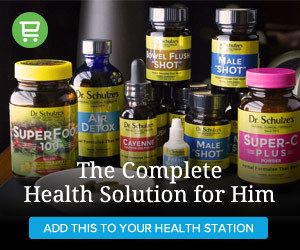 As of this writing, Wawrzyszko’s YouTube video describing his technique has garnered nearly 1 million views, with many viewers voicing their elation over their long-gone headaches. Even a few bloggers have touted its effectiveness.

Wawrzyszko says his method works because most headaches are created by our own minds. “As you focus on [the headache],” he says in his video, “the brain gets the message that you’re aware of the headache and it starts dissolving it.” In other words, instead of trying to escape the pain, you pay attention to it.

Although this might sound like a bit of a hoax, Wawrzyszko’s approach to headache relief is actually a modern adaptation of an ancient practice called focused attention meditation, says Michael Ament, MD, neurologist at the Ament Headache Center in Denver. Focused attention meditation—which traditionally calls for concentrating on your breath, a sound or an object—has been credited for its multiple mental and physical benefits, according to a study published in the Journal of Happiness Studies.

In modern medicine, behavior therapy such as relaxation or stress management, which many times includes a form of meditation similar to Wawrzyszko’s technique, is often prescribed hand in hand with a headache diagnosis. “There are studies that show regularly practicing behavior therapy can work as well as medicine [for headaches],” Thomas Bravo, MD, neurologist at Loma Linda University, tells LivingHealthy.

Although there still isn’t a conclusive, scientifically substantiated reason why behavior therapy helps, Dr. Bravo poses one possibility: These techniques increase arousal in certain body systems that sparks a calming effect on the brain, allowing the brain to change the way it processes pain. Other studies, such as one in Perspectives on Psychological Science, indicate meditation can alter regions of the brain that enable you to self-regulate pain.

All of this leads us to the question: So why Advil? The answer is simple: Headaches are first and foremost a physical disorder, says Dr. Bravo. They are not totally constructed by our minds as Wawrzyszko suggests. They can be triggered by physical injuries or more complex reasons like cancer—so treating a headache as a physical condition is paramount. However, he adds, “headaches are still subject to psychological, social and environmental stressors that can impact pain, so treating these issues can also be helpful for headaches.”

Bear in mind the pain from a headache can cause further mental stress and start a vicious cycle. “It is said that there is the pain of pain, and then there is the pain of suffering. Suffering may be considered the added level of pain that is at some level self-generated,” notes Dr. Ament.

Ultimately, there is some truth to Wawrzyszko’s explanation for why his technique works. Your mental state does play a role in headaches, but it works in tandem with physical mechanisms.

If your headache is mild—and not debilitating or constant—Wawrzyszko’s technique might be worth a try. If it works, you’ve just saved yourself from another dose of medication.