How to Safely Cycle in Style 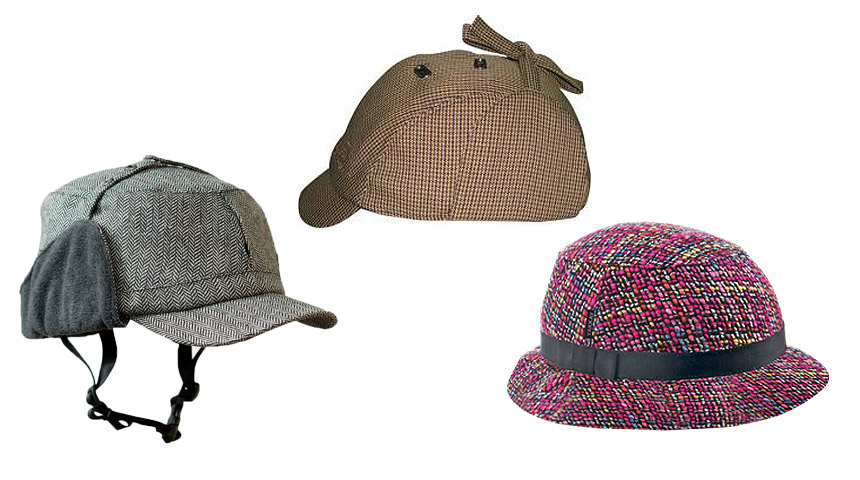 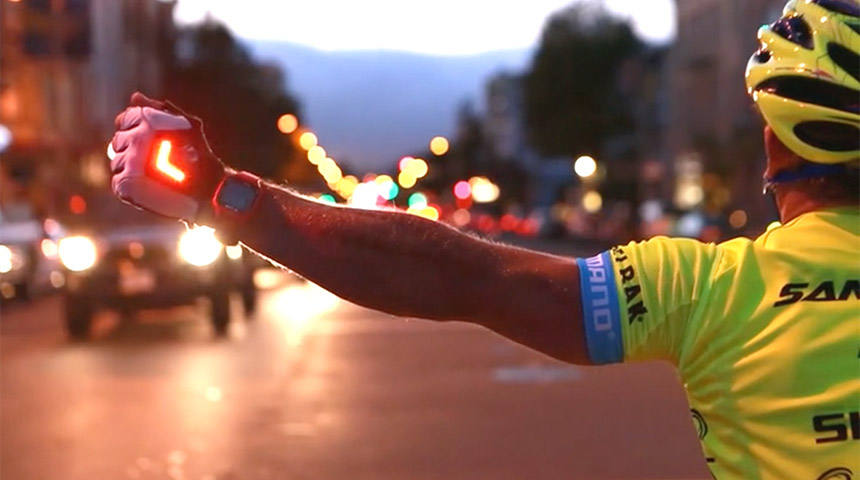 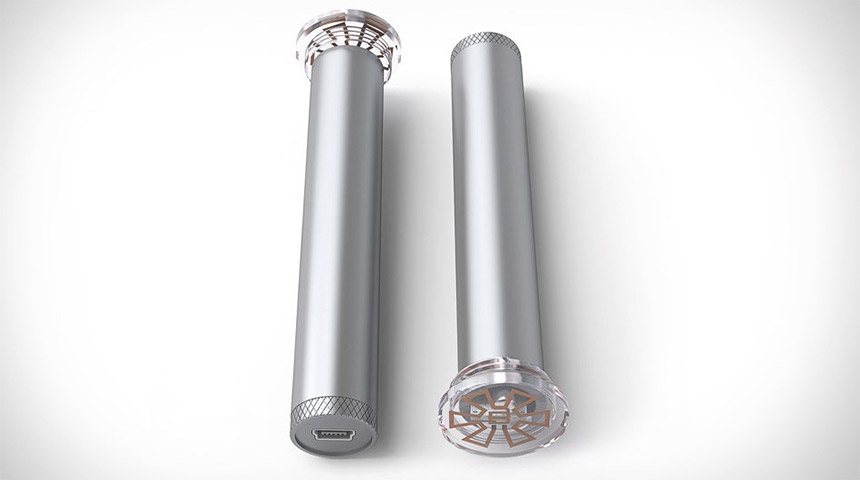 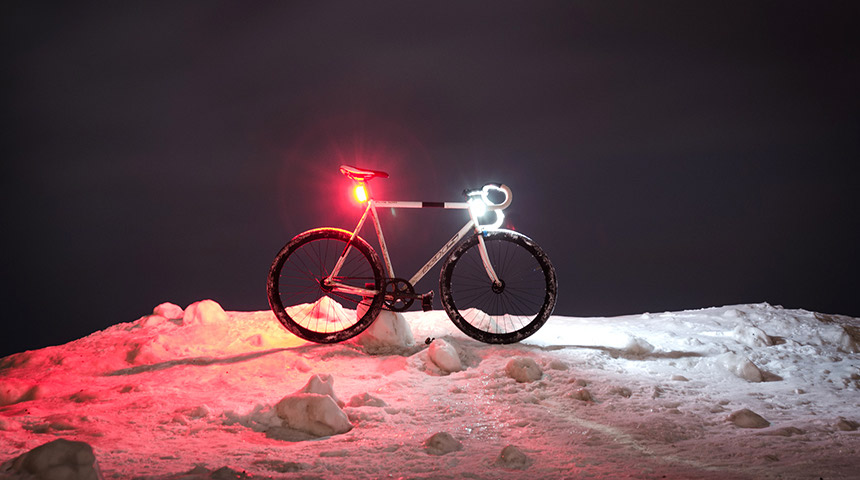 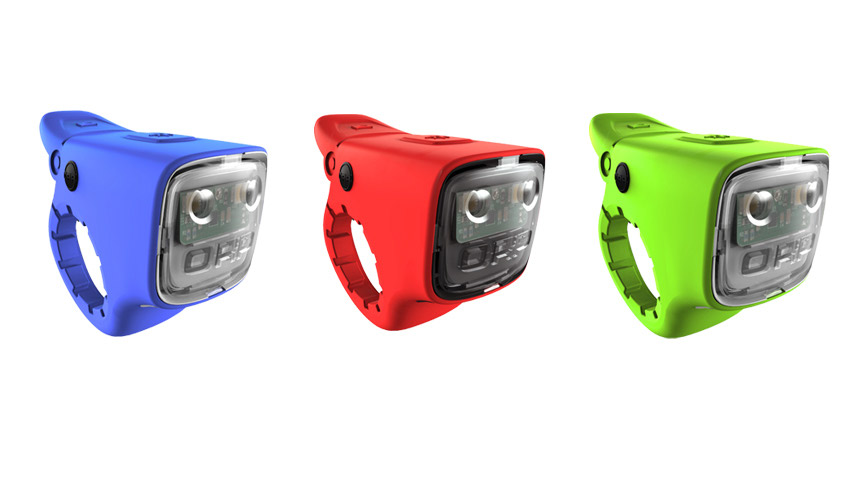 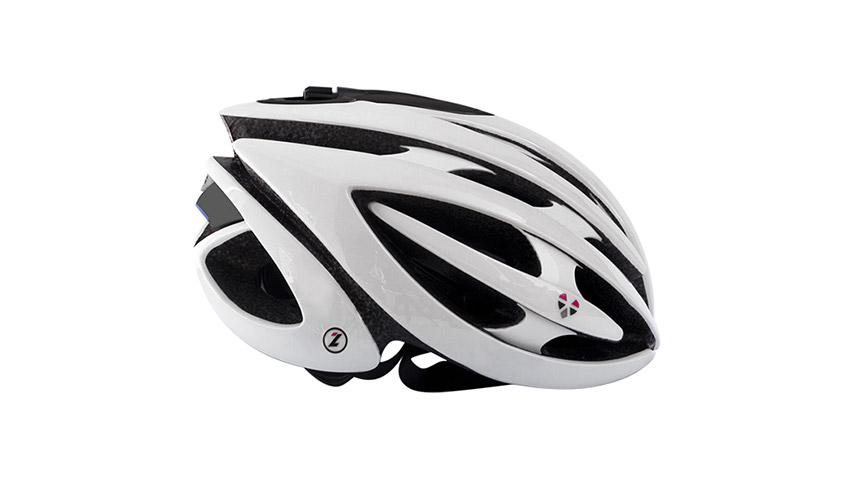 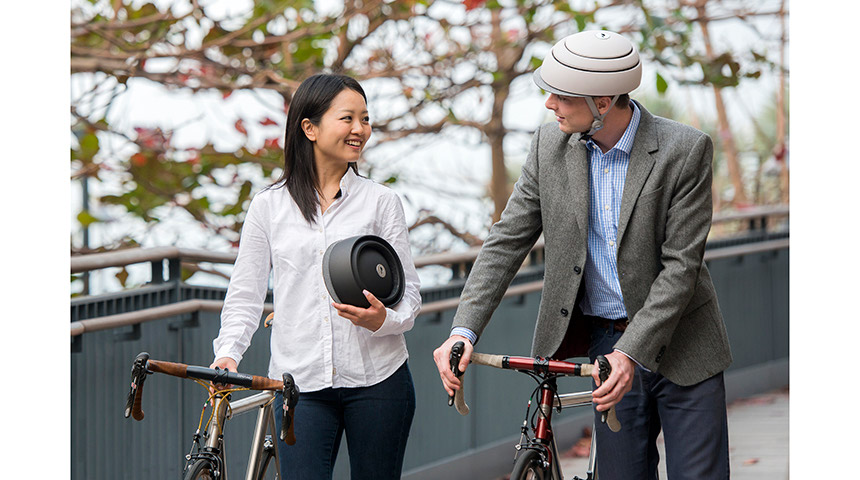 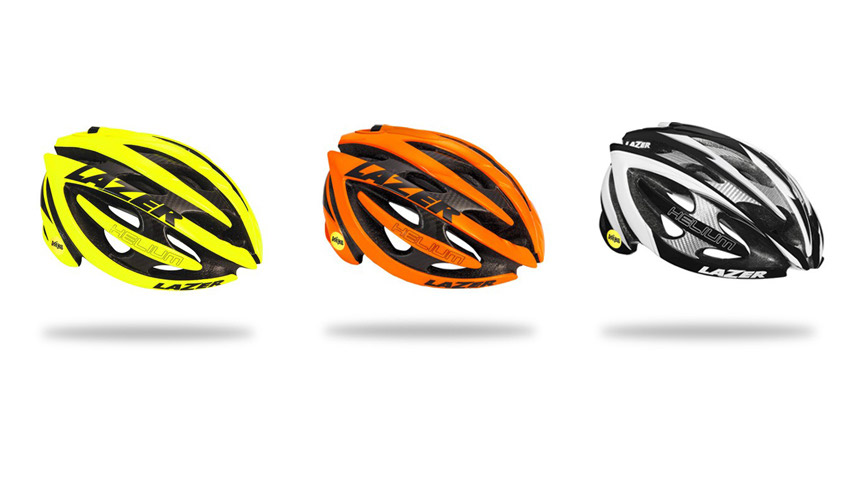 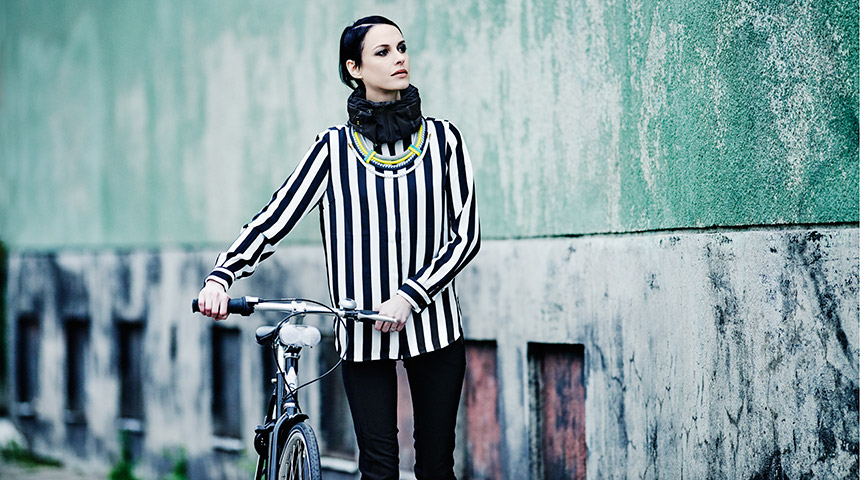 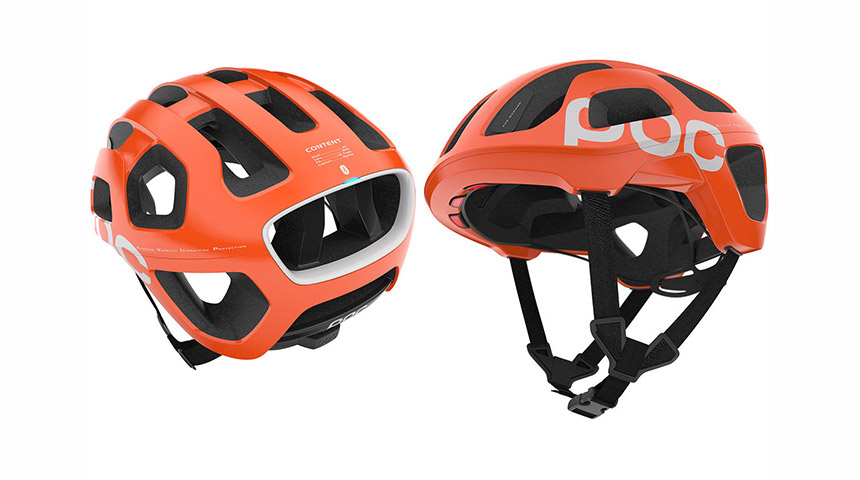 Bike commuters will appreciate these cool gloves with built-in directional signals. Imagine it—gloves that indicate which direction you’re turning. Just press your thumb to your index finger to activate the LED blinker. Ambient light sensors increase brightness 4x during the day and extend battery life 4x at night. These 54 lumen LED lights are very visible at night, and even during daytime. The gloves also work well in heavy rain. Zackees LED Turn Signal Gloves have genuine reinforced leather palms and come with two pairs of rechargeable batteries and a charger.

Boréal’s SmrtGRiPS are bike handle grips that use touch-sensitive technology to connect with your smartphone GPS—and give the biker directions via vibrations in the grips. When the right-hand grip vibrates, it’s your signal to turn right. The SmrtGRiPS app (for iPhone and Android) also sends vibrations to warn of road hazards and traffic. If your bike is missing, you can locate it via SmrtGRiPS’ homing beacon. How awesome is that?

This light keeps you visible in night traffic. The Orfos Flare 360 Degree Bike Headlight and Tail Light is ultra-bright, visible from any angle and waterproof. The lights are magnet-mounted for easy removal and storage. Recharge in just 90 minutes; the charge lasts up to 24 hours. This is an excellent way to avoid getting clipped in traffic.

The Orp’s dual-action light-and-horn is perfect for a commuting cyclist. The LED light throws 140 lumens total to help you on the darkest city streets—and also functions as a strobe for daytime visibility. On the light’s head, you’ll find a small lever for sounding the horn, which emits a 76-decible friendly chime. If you depress that lever, you’ll get a shrill, 96-decible alarm, an emergency alarm that gets attention fast. It’s weatherproof and chargeable via the micro-USB port, and the charge lasts up to three hours.

LifeBEAM’s Smart Helmet not only protects your head, but also connects your helmet to apps and devices that monitor heart rate, cadence and calories. Optical heart-rate sensors integrated into the helmet have their origins in aerospace technology to track vital signs of pilots and astronauts.

Download data using the helmet’s advanced Bluetooth 4.0 and ANT+ connectivity. Works in rain or shine, cold or heat, unlike other wearable fitness gadgets. It’s incredibly accurate and comfortable with no chest straps or armbands.

The Closca Fuga tosses away the bulky brain-bucket concept. The company, based in Spain, calls their helmet “foldable,” but it’s better described as collapsible. The safety-rated Fuga head gear can be transformed into a circular disc that easily slides into a backpack. These innovative helmets also come with interchangeable visors in various colors and is well ventilated. If you want to sport the urban look as you ride, this helmet is definitely worth considering.

Shock Absorber for Your Brain

This MIPS (multidirectional impact ­protection system) helmet offers greater protection for the brain by absorbing direct impact and rotation forces. The secret is a slip plate between the head and the helmet liner, which allows the helmet to move separately from the MIPS layer—and absorb the rotational force on the head. The system was originally geared toward mountain bikers to reduce concussion risk, but in 2014 the company introduced one for everyone else: the Lazer Helium MIPS.

Airbag for Your Head

Two Swedish graduate students developed the “airbag for your head” that inflates before your head hits an object, whether it’s a car or the asphalt. The Hövding is worn around your neck, like a collar instead of a regular bike helmet on your head. The 200 sensors in this airbag track the cyclist’s movement patterns and react in a split second before impact, inflating via a helium gas inflator tucked into the collar. When inflated, the airbag surrounds your head like a hood and absorbs the shock. The company claims the airbag has three times the shock-absorbing capacity of a helmet. The entire system is battery operated—but it’s useless after one inflation, so be careful out there!

Data shows that about one-third of bike-car collisions occur when a bike is in the driver’s blind spot to the side. This new Volvo bike helmet sends a signal to Volvo drivers when the cyclist is in the car’s path. The helmet will also send a warning if a bike is hidden around a corner or behind another vehicle.

This system works only with Volvos, and is still in the testing phase. Once patented, it can be used by any auto manufacturer, similar to the three-point seat belt that a Volvo engineer created decades ago and is standard in every car today.

How to Safely Cycle in Style

If your commute is on two wheels, you likely live in what’s called a Bicycle-Friendly Community—where the number of bike commuters is growing exponentially. The League of American Bicyclists has been tracking bike trends since 1990, and cities across the country are showing big spikes in commuter biking. In New York City alone, more than 200,000 people bike every day.

Since 2000, these cities have seen the biggest leaps in commuter cyclists*:

*Data from the League of American Bicyclists

In the name of all this bicycling, LivingHealthy has searched for stylish, tech-savvy ways to keep all you intrepid cyclists safe.