Processed Meats Are Officially Deemed Carcinogenic by WHO

Bad news, bacon lovers. Your favorite breakfast pork—as well as hot dogs, corned beef and other processed meats—are classified in the same category of carcinogenics as asbestos and cigarette smoking, according to a new report released by the World Health Organization (WHO).

The report, published this morning in The Lancet, is based on evidence reviewed by 22 experts from 10 countries comprising WHO’s International Agency for Research on Cancer.  They reviewed 800 epidemiological studies on cancer from the United States, Europe, Japan, Australia and other countries. The scope of evidence included multiple ethnicities and global diets.

WHO says that processed meats increase risk of colorectal, stomach cancer and possibly pancreatic and prostate cancers, and that red meat (beef, veal, pork, lamb, mutton, horse and goat) probably causes cancer, too. For instance, eating 100 grams of red meat a day—equal to a quarter pound of steak or a small pork chop—may raise colon cancer risk by 17 percent, and consuming 50 grams of processed meat every day increases the risk by 18 percent. 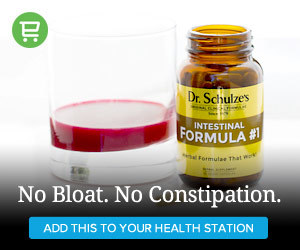 However, there is no known safe amount of meat to eat, the report states, but the “risk increases with the amount of meat consumed,” Kurt Straif, an expert at the agency, told The New York Times.

Cooking seems to be the culprit. Pan-frying at high temperatures, or grilling with the meat in direct contact with a flame, produces the highest amounts of certain types of chemicals believed to cause cancer, the report states. However, no safe cooking method was identified. But that’s not the whole story, says Ian Johnson, a nutrition researcher with the Institute of Food Research. Many factors besides meat consumption lead to higher bowel cancer risk, he says. "The mechanism is poorly understood, and the effect is much smaller than, for example, that of cigarette smoking on the risk of lung cancer," he told the New York Times.

If you still want to enjoy a bit of beef, go organic. In a report earlier this month, Consumer Reports tested 300 samples of beef, finding that beef from conventionally raised cows was three times as likely as grass-fed beef to contain bacteria resistant to multiple antibiotics that pose a food-poisoning threat. The report advised you should go the grass-fed route “whenever possible.”

Will you reduce your consumption of processed and red meat after this announcement?