When The New York Times recently reported on a study that suggested bite counting as a strategy for weight loss, Carol Landau, PhD, fired back with a letter: It’s not the number of bites that matter for dieters, but the newfound self-awareness of what they are eating. We asked Landau, a veteran researcher and clinical psychologist at Brown University, to remind us of some of the fundamental truths of eating better (and losing weight, if that’s your goal).

How important is mindfulness when it comes to weight control?​ ​

Mindfulness can be extremely powerful​ and is being integrated into many weight-loss programs. ​One aspect is ​heightened appreciation​ and enjoy​ment of ​each bite of food. There was even one study that suggested we enjoy the earlier parts of a meal more than the later ones (when we’ve stopped paying attention to what we’re eating). In addition,​ ​mindfulness involves meditation that allows us to ​reduce stress and ​anxiety, which is one reason people o​vereat.​

There are apps for smartphones, including MyFitnessPal and LoseIt!. If someone does not have a smartphone, even the old-fashioned way of using a diet diary on hard copy can be helpful and lead to some weight los​s.

Why is portion control such a difficult practice to master? And what are some ways to ensure you eat a normal, healthy amount?

Portion control is indeed important in American society where we have become accustomed to super-sizing. So for some people, we need to go back to the basics [with] nutritional education or reeducation as to what a portion size [looks like]. F​or example, many people are surprised that one portion of chicken is about four ounces, or should be the size of a pack of cards.​ But the reason some people need to be reeducated is they may have grown up with ​previously, less healthy guidelines—food pyramids or plates which in the past overemphasized meat and dairy ​to ​the ​neglect of grains, vegetables and fruits. And many restaurants, not just the fast-food ones, serve large portions.

One technique when eating out is to immediately ​cut an entrée in half. You can think about eating the rest the next day. Others find it helpful to use​, ​as some of the weight-loss programs provide, pre-portioned food. They tend to be very expensive​, ​though, so I suggest buying entrees that are healthier and smaller at the grocery​ store​. Even the pre-packaged 100-calorie snack​s​ ca​n​ be useful as long as they are not loaded with sugars and processed carbohydrates. And beware of​ s​ome "healthy​"​ or ​"​protein" bars and always read the nutrition ​l​abels​,​ not just ​accept ​the hyp​e.​

Do people have to make big changes in the foods they eat in order to have weight loss success, or can they just modify how much they eat?

Well I think both may be true depending on the individual. There is a straightforward formula of reducing calories by 500 per day less what is necessary to maintain your weight. Over seven days you will have reduced 3,500 calories, which will lead to one pound of weight loss. But it also make sense to increase fruits and vegetables and grains and cut down on fats, processed ​meats​ and high amounts of sugar. Because in addition to these foods being unhealthy, they also tend to be high in calories. And some processed foods actually increase inflammation and can have a negative impact on the mood.

What keeps most people from succeeding in weight loss?

Weight loss is complicated and involves many behaviors. I don't think there is one reason that explains why it is so difficult for people. However, some of the issues include stress or comfort eating, the obesogenic American diet that surrounds us with high-fat, high-calorie foods and super-sized sugary drinks, the demoralization that is partly the result of previous failures to lose weight and weight stigma. 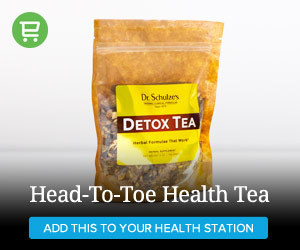 Women face a particularly difficult challenge because they continue to do the cooking for their families. So a woman who wants to stop drinking alcohol, for example, ​can pretty much eliminate it from her individual environment, but it’s impossible to eliminate food, of course.

What’s the one thing most people can do in order to stick to their healthy eating plan?

I am a big believer in planning ahead. Research suggests that American women go on four to five diets per year—and this is often done without learning from past mistakes. This leaves us  vulnerable to the latest quick-fix diets, most of which are short-term successes at best. I think that we should look at previous "failures" with healthy eating plans as new knowledge and address the barriers right from the start, whether it is comfort eating, social isolation or an ongoing depression. Finally, building in social support and an activity will increase the rewards we get from healthier eating. So for me the key is not dieting but rather how you plan before a diet.