We're all exhausted. We work. We work out. We take care of our kids, our house and our bills. We even find time for our Facebook and Twitter feeds. But the last thing that we take care of is, unarguably, ourselves. In fact, our collective fatigue is turning into an American epidemic, according to Holly Phillips, MD, a New York City general internist and author of The Exhaustion Breakthrough: Unmask the Hidden Reasons You're Tired and Beat Fatigue For Good. And she should know—Phillips has personally suffered a lifetime of fatigue.

"I was exhausted for 20 years," Phillips tells LivingHealthy. "I would wake up in the morning and the first feeling that I would experience was fear. I would think, ‘How am I going to make it through the day?’ It was there straight through med school, residency, the first few years of my practice and up until the birth of my first daughter."

For most people, the birth of a child pushes them right over the edge of exhaustion. But for Phillips, her baby girl was the catalyst that changed her life. Phillips realized she needed to build up precious energy reserves so that she could be a good mother to her daughter, and to her second daughter born two and a half years later.

Over the years, Phillips has been diagnosed with sleep apnea, fibromyalgia and chronic fatigue syndrome, but the breakthrough moment to curbing her fatigue was when she focused on making lifestyle changes to maximize her energy. Phillips created the “Fatigue Diary,” which she explains in her book to serve as a roadmap for readers to cure their fatigue, once and for all. 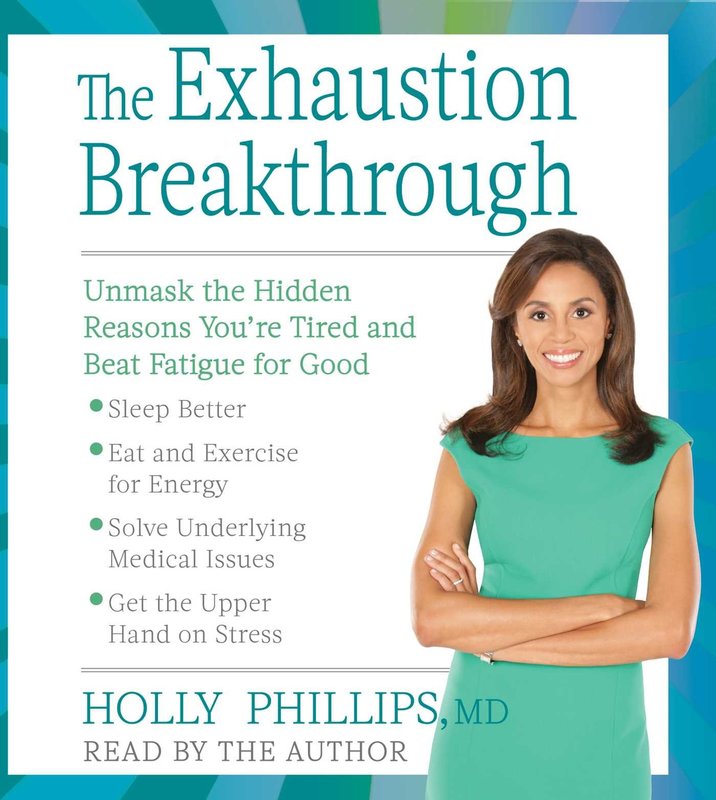 Phillips’ Fatigue Diary is a unique diagnostic tool that helps users identify what is causing their fatigue. By examining sleep patterns, eating habits, drinking habits, stress levels and workouts, you can figure out how to conquer your tiredness. The journal unmasks the hidden reasons that cause exhaustion. Phillips, for example, was surprised to find out that she had to move her dog out of the bedroom because it was keeping her up at night.

According to Phillips, fatigue is finally getting the attention it deserves in the medical community. In 2013,The International Journal of Fatigue was launched. It’s objective? To uncover the hidden causes of feeling tired. For many women, exhaustion is the simple result of not having enough time in the day to do everything. In her book Overwhelmed: Work, Love and Play When No One Has The Time, Brigid Schulte describes one of her crazy busy days juggling her duties as a staff writer for The Washington Post with motherhood: "As I live it, the stress hormones coursing through my veins tense my entire body and collapse my vision into a narrow, dizzying tunnel. Because I am filled with dread."

Illness can also lead to fatigue, adds Phillips. "Every single medical condition that I can think of causes fatigue," she tells LivingHealthy. In her book, Phillips explores various medical conditions and diseases that readers may have—including conditions such as lupus, multiple sclerosis, type 1 diabetes or arthritis—and offers a “symptoms checklist” so readers can pinpoint the cause of their fatigue.

However, Phillips also assures that fatigue and exhaustion can be cured, forever, by following the right sleep, diet and vitamin supplement regimens highlighted in her book. She encourages readers to eat real food only, regularly and often, and to select foods that “put color on your side” and that “harness omega-3 power.”

“If there is one thing that people can take away from my book, especially women, it’s that they don’t have to be fatigued,” says Phillips, who boils down The Exhaustion Breakthrough to the following mantra: “I need to know that fatigue is not my fate and I’m going to take the time and energy it takes to have more energy. I don’t have to feel this way. I’m going to make it my mission to feel better.”