The Link Between Your Glossy Nails and Your Hormones

There’s yet another reason why your monthly mani-pedi may not be such a treat after all—and this time it has to do with your hormones.

According to a new study conducted by Duke University and the Environmental Working Group, there’s a new culprit to look out for in nail polishes beyond formaldehyde, dibutyl phthalate, toluene, camphor and formaldehyde resin. Now, there’s TPHP to put on your radar—a suspected endocrine disruptor, meaning it has been shown to tamper with hormone regulation, metabolism and reproductive systems in animal studies.

To determine whether the chemical was being absorbed due to fumes or through wearing the polish, researchers had one group of women wear gloves while applying nail polishes to synthetic nails while another group applied them to their own nails. The women who had given themselves a manicure had a sevenfold increase of TPHP levels in their system 10 to 14 hours after application, which suggests the chemical is being absorbed through the cuticles, reported Mother Jones. 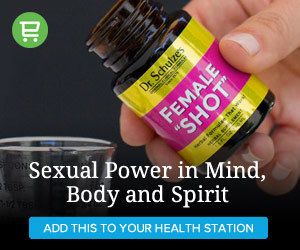 The challenge with TPHP is that it’s a fairly key ingredient in nail polishes. Since it acts as a plasticizer, it’s the reason for a nail polish’s durability.

Of course, this isn’t the first red flag we’ve gotten about nail polish dangers. Earlier this month, LivingHealthy reported about the uptick in eyelid dermatitis, a nail polish-related allergy that causes itchiness, irritation and bumps after touching your skin with your newly polished nails. And back in May, an exposé by The New York Times revealed the chemical exposure that manicurists face, which have been linked to cancer, miscarriages and lung diseases.

So does this mean you should bid adieu to your polished nails? The good news is that there are brands, such as Zoya, Suncoat, RGB and LVX that promise not to contain the aforementioned chemicals, according to a roundup done by Sierraclub.org.

And even if your manicurist doesn’t offer these in her arsenal of colors, why not BYOP (bring your own polish)? She might appreciate to know that fewer chemical-laden alternatives exist.