The Number of Trees on Your Block May Affect Your Health

The instant cognitive psychological impact of walking through trees—Japanese call it forest bathing and we call it nature walks—is undeniable. When you walk through a tree-covered park in your neighborhood and inhale deeply, there’s something especially revitalizing as the delicious air fills your lungs and instant relaxation falls over your body like a veil. But it might not just be the scenic escape; a new discovery shows there is science behind the magic.

Published by open-access Scientific Reports, a study found that people living in urban neighborhoods with trees had better mental and physical health. Researchers looked at 30,000 Toronto residents and their prevalence for health problems in relation to the number of trees in their neighborhood. They took into account the social economic factors that go along with landscaped urban streets (and free healthcare in Canada), but evidence still found that trees have a “correlational” impact on health. And interestingly enough, trees on the streets were more impactful on health than trees in yards. 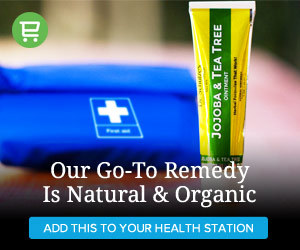 For example, having 10 or more trees per city block improves a resident’s health perception (which compares to a $20,000 increase in income or becoming seven years younger). It is also believed that the trees in urban areas have an impact on the surrounding ozone as they pull in pollutants and protect the air that’s breathed while walking down the street.

Do you believe there’s a correlation between tree-dense neighborhoods and health? Does it make you want to talk to your city council about planting more trees?