There Are More Reasons to Ejaculate Than Just Feeling Good

During my junior high years in Catholic school, I was fed an endless stream of fictitious factoids about ejaculation. Here were a few of the life-threatening, end-of-the-world claims:

Well, here’s the truth, Sister Augusta: The more a man ejaculates, the healthier his prostate becomes, according to recent research presented at the 2015 meeting of the American Urological Association. In fact, the study found that the risk for prostate cancer was 20 percent lower in men who ejaculated at least 21 times a month than in men who ejaculated four to seven times a month.

And guess what, Sister? None of them went blind.

“Ejaculation reduces the risk of early stage, low-grade prostate cancer,” Jay Lutins, MD, a urologist at the Center for Urologic Care in Pittsburgh, tells LivingHealthy. Although an explanation for the study outcome has yet to be determined, according to researchers, the correlation might have to do with the release of beneficial hormones during orgasm. And there’s more to it than just prostate health—ejaculation also reduces stress, helps promote sleep, lowers anxiety and elevates mood. “Ejaculation and orgasm cause the release of several substances [like] endorphins, which are known to reduce stress and boost confidence. Also released is serotonin, which is a known antidepressant,” says Lutins. Various hormones associated with sleep, such as prolactin, oxytocin and vasopressin, are also released in the brain during ejaculation. And how you get off doesn’t matter. According to Lutins, the same health benefits apply whether you achieve missile liftoff via masturbation or through intercourse. 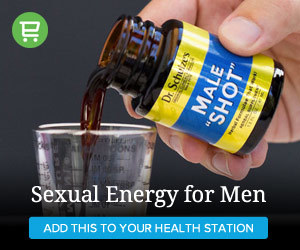 Incidentally, it turns out that ejaculate is also healthy to ingest. “It’s chock-full of fructose, fatty acids, magnesium, sodium, potassium, vitamin B12 and proteins that nourish the sperm,” Lutins says. “And to top it all off—no pun intended—it’s low-calorie as well, containing between five and 25 calories [per shot].”

There are two instances, however, when ejaculation isn’t always a good thing. The first is called “retrograde ejaculation” (or “dry orgasm”): when the semen goes into the bladder instead of exiting from the penis because the muscle that blocks entry to the bladder isn’t functioning properly. “This occurs in patients who have had surgery on the prostate,” says Lutins, who adds that diabetics are also prone to this condition, though rarely. According to the Mayo Clinic, you can tell if you’re experiencing a dry orgasm if you see very little or no ejaculate despite feeling the orgasmic sensation. Retrograde ejaculation can cause male infertility, but there is medical treatment that can reverse its infertility impact.

Second, orgasms aren’t good for a man who is suffering from a cardiac condition or has recently undergone cardiac surgery. “Sexual activity is stressful on the heart soon after surgery since a man's pulse, respiratory rate and blood pressure rise during physical activity associated with sex and ejaculation,” according to Lutins.

So, provided you don’t have dry orgasms or heart issues, it seems fair to say that when it comes to ejaculation, the more the better. And in case you’re curious, what’s the norm when it comes to how often men ejaculate? On average, males ejaculate about 5,000 times and 17 liters over a lifetime, according to Lutins. Studies have shown that men under 30 average three to five times a week, and by the time they turn 50, the number decreases to once a week on average.

The bottom line: Ejaculating is more than just a good feeling. No one has summed up the medical wonders of ejaculation better than the Prince of Soul himself, Marvin Gaye, in his classic tune: “Sexual healing, oh baby; Makes me feel so fine; Helps to relieve my mind; Sexual healing baby, is good for me.”