Turns Out Interrupted Sleep Is the Worst for Your Mood

There are multiple definitions of low-quality sleep, whether it’s oversleeping, waking up too early or hitting the sack too late. Now, scientists may have determined the worst kind of sleep: interrupted. According to a group of Johns Hopkins researchers, having your slumber repeatedly disrupted throughout the night significantly affects your mood the next day—and not in a good way.

In fact, their study, reported in the journal Sleep, showed that a short bout of deep sleep is actually better than snoozing for longer but tossing and turning all night. The 62 (healthy) men and women in the study slept in the sleep lab for three consecutive nights. One-third of the group was awakened eight times during the night. Another third had a delayed bedtime. The remaining subjects got a quiet night without interruption. While they slept, researchers measured their sleep stages to document each stage of sleep during the night. Every morning, all the participants completed a mood survey.

After the first night, everyone in the two interrupted groups reported being in a slightly bad mood. After the second night, the interrupted sleepers were in a worse mood compared to the first night. The delayed sleepers fared better, with just a slight dip in mood. The brain patterns of the two disrupted sleep groups showed distinct differences. Those who woke up often had a “striking drop” in slow wave sleep (the deep sleep that helps us feel restored and rested). “It appears that losing slow wave sleep impairs the ability to recover or stabilize positive emotions in response to stressors,” Patrick Finan, PhD, assistant professor of psychiatry and behavioral sciences at the Johns Hopkins University School of Medicine, told Time. 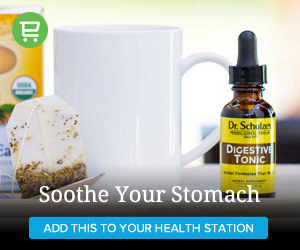 If you know your nightly slumber is punctuated by bouts of waking up, there are various solutions you can explore, such as cognitive behavioral therapy, which aims to change the thoughts, responses and habits that affect your ability to sleep. Sleep restriction is part of that therapy, as is stimulus control (e.g. putting away the smartphone earlier) and other lifestyle habits, according to the Mayo Clinic. If you’re not sure how well you sleep but feel groggy and grumpy when you wake up, try monitoring your sleeping patterns with a gadget like Jawbone Up or Sleep Cycle. Ultimately, if you find yourself struggling with sleep, it’s best to see a medical professional to narrow down the best solution for you—once you do, the benefits will offer positive ripple effects in all areas of your life.