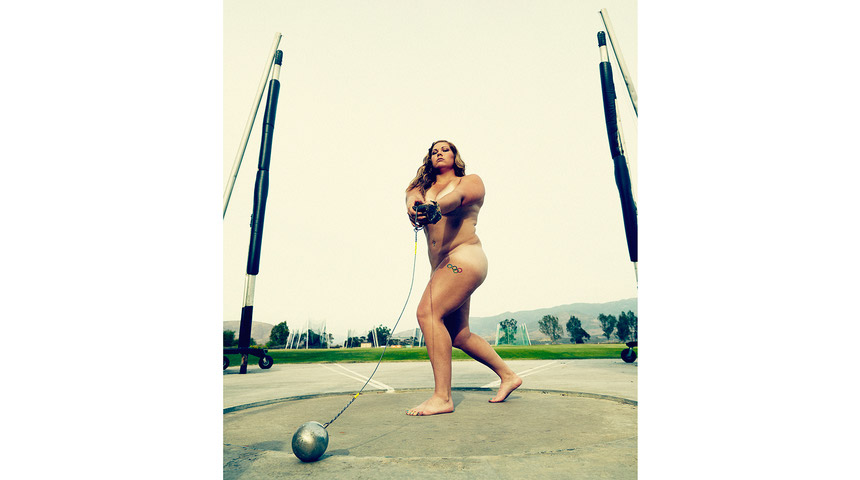 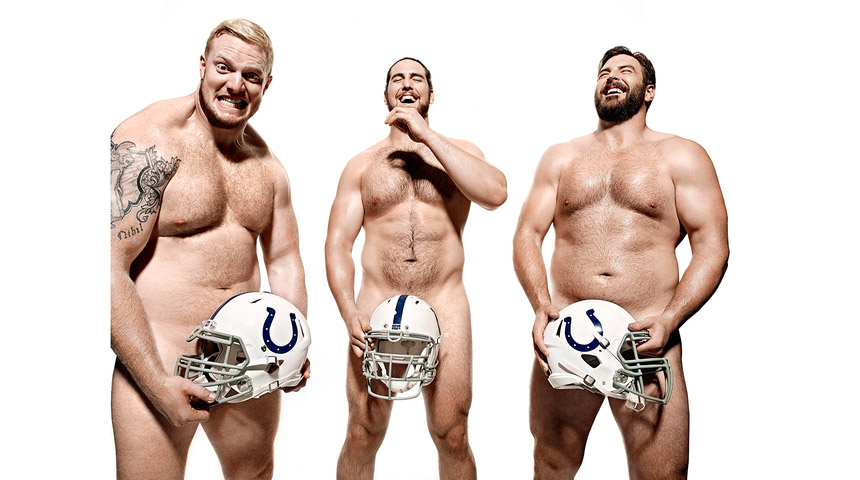 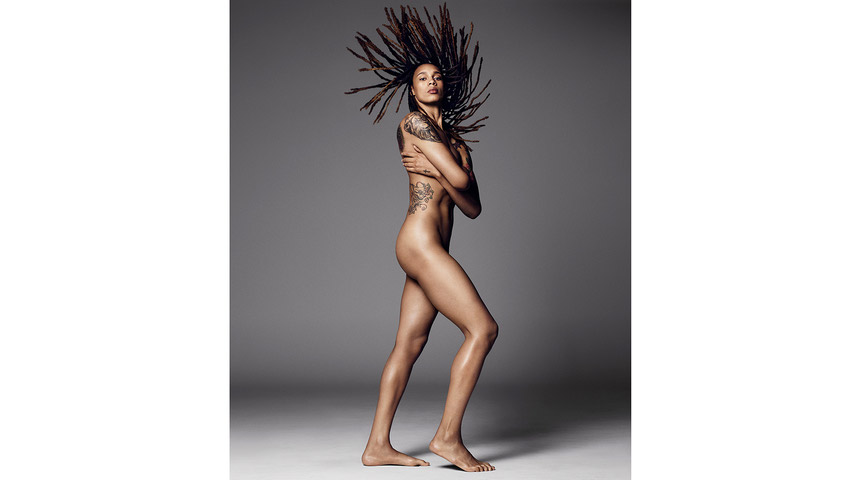 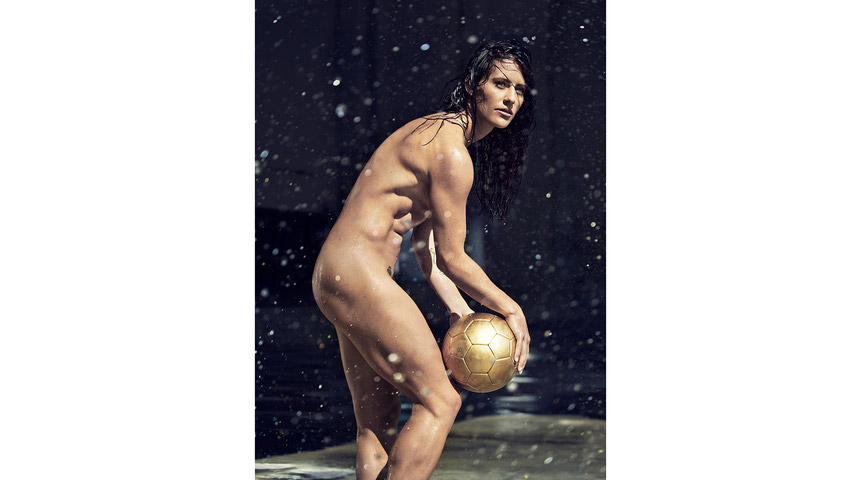 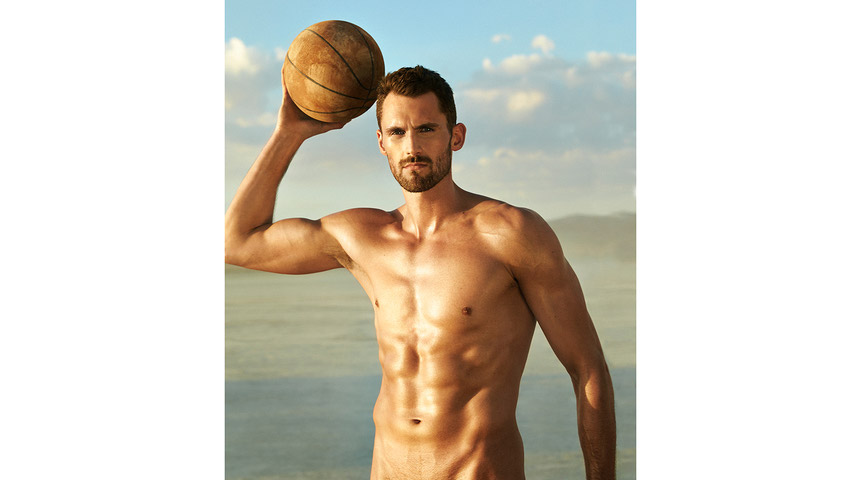 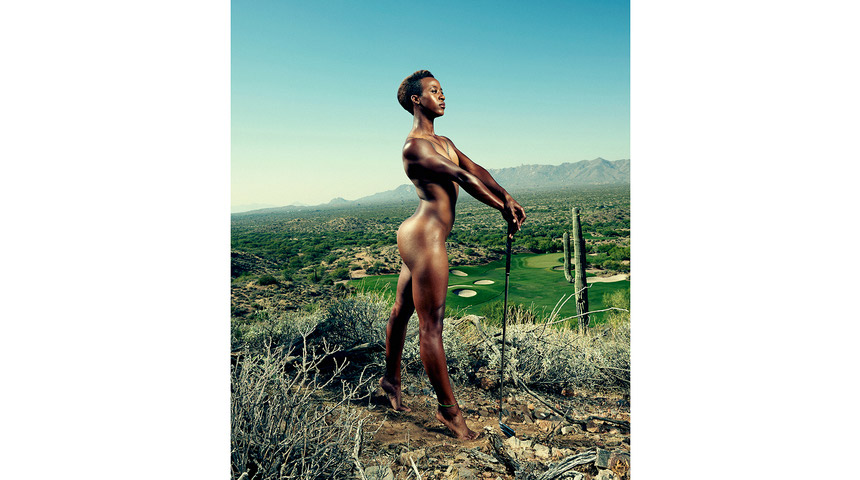 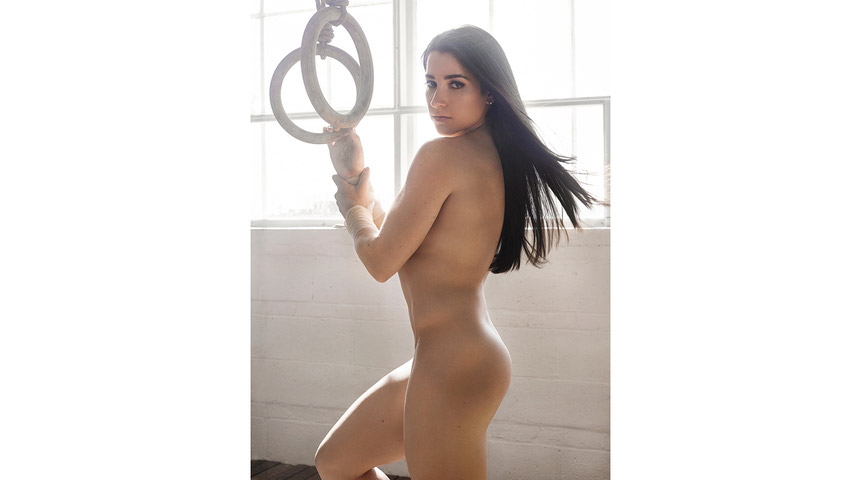 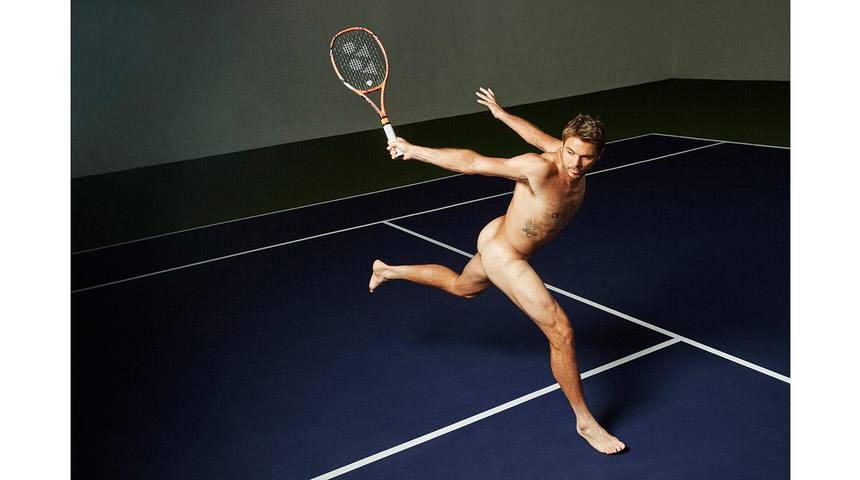 Though Amanda Bingson, American record-holder in the hammer throw for USA Track & Field, maintains a very strong core for her sport, she admits that she doesn’t have the body of the typical athlete. “‘Dense’ would be the right word for me,” she explains to ESPN. “Generally when you look at athletes, you see their muscles and all that stuff; I don’t have any of that. My arm is just my arm—it’s not cut, it’s not sculpted… I’m just dense. I think it’s important to show that athletes come in all shapes and sizes.”

The Thrower Body: Lower body and core strength are two very important attributes among the elite in Olympic throwing events. The hammer throw is a highly technical event, requiring competitors to do several full-body turns before releasing the hammer, resulting in a strong core.

Indianapolis Colts offensive linemen (from left to right) Jack Mewhort, Todd Herremans and Anthony Castonzo could be considered huge men, all with a height of 6-foot-6 and up, and a weight of 308-plus pounds. Their varying body types exemplify the evolution of their position. “I think the view of offensive linemen from the public is that we are all just fat slobs. Which is what it used to be, kind of,” Herremans explains to ESPN. “But now the game has evolved into more fit, athletic offensive linemen.”

The Football Body: NFL-player bodies are still the biggest in professional sports, but many—like Mewhort, Herremans and Castonzo—have to be leaner and quicker than ever because of the up-tempo style of play that is now prevalent in the game. (The 2014–15 season had the third highest offensive scoring average since 1965.) NFL offensive linemen are more cognizant of eating healthier and incorporating more speed-based workouts into their training while maintaining mass throughout the body.

WNBA star Brittney Griner, who stands tall at 6-foot-8 and wears a size 17 men’s shoe, tells ESPN that she lives in a “very tall world” and that she is used to unwanted criticism of her looks. “I’m sure people are going to have a lot of critical things to say [about these photos]. ‘Yo, she’s a man!’ But hey, that’s my body and I look the way I look.”

The Basketball Body: While professional basketball players relied more on their physicality and strength in the ’90s and early 2000s, rule changes have shifted the game to more of a speed and finesse type of sport. Griner’s “thinner” body frame depicts her reliance on aerobic training to keep up with the quick pace of the game.

Ali Krieger, World Cup champion and defender on the U.S. Women’s National Soccer Team, reveals to ESPN that she loves to do lunges because she doesn’t want her “butt to start sagging,” and that she has a high self-esteem. “I think my confidence came when I turned 30. It’s been unbelievable—I just feel a sense of freedom. My 20s were really tough, traveling and living in different countries, and now I feel like I know what I want from life.”

The Soccer Body: Krieger’s defined hamstrings and glutes detail the significance of her leg use on the field. Soccer players especially benefit from doing lunges, improving their hamstring strength and running speed.

Cleveland Cavaliers forward Kevin Love may have one of the best bodies in the NBA, but he admits that he struggled with his weight as a child. “You’ve heard the saying, ‘Some people live to eat, and some people eat to live’; I think you can figure out which I was,” he tells ESPN. “Then in high school, when I started to lift weights, I was able to take off. It’s cool to see where my body has come from over the years.”

You won’t find LPGA golfer Sadena Parks spending hours in the gym. “I’m not a gym rat,” the beautifully muscular 25-year-old tells ESPN. “I’ve been there—where I lift so many weights that I can hardly swing because my flexibility is gone. I don’t want to be obsessed with it.”

The Golf Body: Parks shows off her muscular lower body as well as her flexibility, both of which are ideal for success in golf. Having strong legs and hips combined with great elasticity can help her hit the ball farther and give her more of an edge on the course.

Twenty-one-year-old three-time Olympic medalist Aly Raisman has learned to love the strong and powerful body that has made her a champion gymnast. “I think imperfection is beauty,” she tells ESPN. “Instead of being insecure about my muscles, I’ve learned to love them.”

The Gymnastics Body: Because of the intense difficulty of every event, gymnasts tend to have the highest amounts of relative strength and flexibility among Olympic athletes. Raisman focused on building a strong lower and upper body before her gold medal–winning performances at the Olympics.

2015 French Open champion Stan Wawrinka reveals that it “wasn’t easy” to be a little overweight in his early teens. He now keeps his body fine-tuned solely for the love of the game. “My body is for my tennis, it’s for my sport,” he explains to ESPN. “I’m not a model at all. I don’t work out to go to the beach; I work out to play well and to do well on the court.”

The Tennis Body: Considering matches can sometimes go more than three hours, competitive tennis requires highly aerobic workouts to build a solid endurance base. Training to be a French Open champion like Wawrinka also requires building speed and power for a fast swing and quick reflexes, resulting in a lean but defined stature.

From professional basketball and football players to Olympic gymnasts and throwers to soccer stars and golfers, the world-famous athletes who recently shed all their layers for ESPN magazine are superheroes in their own right. Short or tall, lean and muscular or broad and dense, they use the bodies they were gifted with at birth to defy expectations, break records and become undeniable champions, all while redefining our definition of beauty in the process.

But these seemingly godly creatures are ultimately human, and just like us, have struggled with body image issues over the years. Eventually, they came to terms with their self-esteem—enough to take off all of their clothes and flaunt their inspiring physiques to the entire world in a gorgeous photo spread in the sports magazine. LivingHealthy sourced images of some of the most incredible athletes of the bunch, their moving words of wisdom and interesting facts about their athletic bodies.