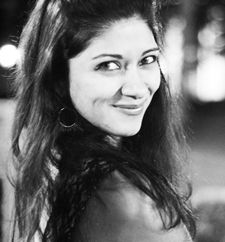 Chhaya Néné is a Los Angeles based multimedia journalist. Her specialty beats include health reporting, investigative journalism, and red carpet coverage. Néné also pursues acting and brings a unique background to the acting world with over 16 years of on camera experience as a journalist, host, and anchor. As a tenacious journalist, Néné has covered numerous red carpet events on camera, by herself some of which include the SAG Awards and Kareem Abdul Jabbar's Sky Hook Foundation. Néné graduated as Valedictorian from her program at the University of Southern California earning her Master of Arts in Journalism. Néné previously attended the University of Miami where she graduated Magna Cum Laude and earned a degree in Communications and International Studies. When Nene is not reporting or acting in commercials and television, she enjoys traveling, painting, and cooking. Nene is currently a reporter for LivingHealthy.