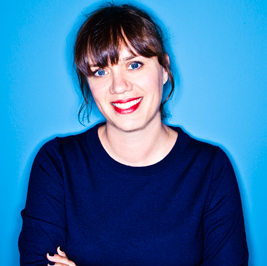 Heather John Fogarty is a freelance food and lifestyle writer who writes about the things she loves, whether it’s a well-executed gin and tonic or packing a kid’s lunch creatively. Her work has appeared in publications such as Australian Vogue, Marie Claire, Los Angeles Magazine, Robb Report, The Los Angeles Times, and Bon Appétit, where she was the wine and spirits editor for 7 years. She is also the creator and editor of the acclaimed food blog, TheFoodinista.com. Heather has served as a James Beard Restaurant Awards judge, and has appeared on television and radio shows, such as FOX’s Hell’s Kitchen and NPR’s Morning Edition. She lives in Los Angeles with her husband, their 2 boys, and a Brittany spaniel.

“Preparing my own food as often as possible and carving out time to exercise, ideally five days a week. When I’m exercising consistently, I find I make better dietary choices, too.”