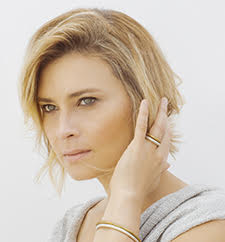 Kristina Klebe is an actress and director born in New York City and raised between New York, Germany, France and Italy. She graduated from Dartmouth College cum laude with a major in Politics and a minor in Theater/Film. She continued her theater studies at the Eugene O'Neill National Theater Institute and recently attended New York University to get her masters in directing.  Although Kristina's acting career started on numerous Off-Broadway stages in NYC, including the prestigious Public Theater, Soho Rep and MTC, her big break came when Rob Zombie cast her as the sassy, foul-mouthed Lynda in his 2007 remake of Halloween. Klebe has acted in over 50 productions of film and television. She has worked with the likes of Spike Lee, Tom DiCillo, Griffin Dunne and Kevin Hart on various comedies but it was her comedic portrayal of Eva Braun (alongside Avatar’s Joel David Moore) in Adam Green’s Chillerama (2011) segment, The Diary of Anne Frankenstein that won her numerous industry accolades. In 2013, she once again garnered praise for her depiction of the tough as nails Anika in Zack Parker's hit Proxy. Klebe appeared on the cover of Serbian Maxim and has played the lead in two Serbian horror films directed by Milan Todorovic, Zone of the Dead and Nymph. A television regular, Klebe has also appeared on numerous procedural dramas including Rescue Me, Law & Order, Law & Order: SVU, Criminal Minds, director Rob Zombie’s heavily-touted 2010 episode of CSI: Miami, The Following and the new Sharon Stone TNT series Agent X as the mercenary Zoya. She most recently worked with horror heavyweights Darren Lynn Bousman in the musical cult film The Devil’s Carnival: Alleluia and Neil Marshall in his segment Bad Seed in Tales of Halloween. You can currently see Kristina as The Doctor in Mortal Kombat’s new Beyond Mortal web series.

Kristina’s directorial debut short film As Human As Animal starring Diamond Dallas Page played in competition at Sitges in 2012 and was acquired by FEARnet. She has produced and been the camerawoman for documentaries on the North Shore of Oahu, Haiti and Nicaragua. She’s working on getting the finances together for her first feature horror film.

Kristina enjoys writing poetry and is also penning a book about her BRCA experience, which she hopes to eventually turn into a screenplay.

Baby Steps: Why My BRCA Diagnosis Made Me Freeze My Eggs

Against the Odds: BRCA2 Positive But Keeping My Breasts

I was laying alone in a foreign country in a foreign bed when I found out I had tested positive for the “breast cancer gene,” or what most of you probably know as “what Angelina Jolie has.” It’s September 2013 and I’m at the Toronto International Film Festival promoting my film PROXY and I have...