Dr. Richard Schulze is a world renowned Natural Doctor who opened his first clinic 35 years ago to help patients with incurable diseases beat all odds and here is why:

Schulze grew up in a small farming town in rural upstate New York. On one snowed-in winter's night, he was awakened by his mother frantically trying to summon a medical doctor to their home, but all the roads were closed. That night his father slowly and painfully died from a heart attack. It took him more than an hour to die and he eventually stopped breathing right in his young son's arms. Dr. Schulze was only 11-years-old. Three years later, at age 14, his mother also died of a massive heart attack. Both his parents were only 55-years-old when their lives were cut short. At the age of 16, after a year of ill health, medical doctors diagnosed Dr. Schulze with a genetic heart deformity and heart disease. The doctors told him 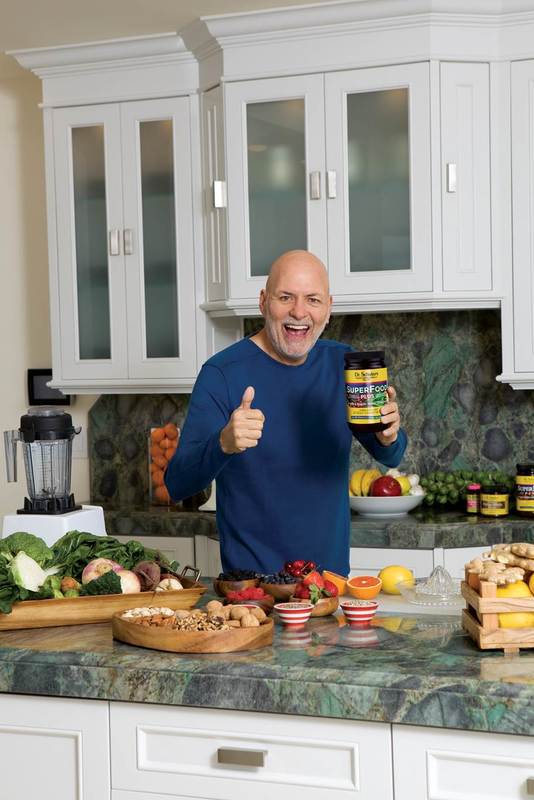 that unless he underwent open-heart surgery, his weak and deformed heart would not be able to pump sufficient blood to an adult body and he would be dead by the age of 20. He declined to have the surgery, walked out of the hospital and instead, made it his quest to discover alternative ways to heal his heart. Over the next three years he made radical changes to his teenage lifestyle. He became a vegan, began an intensive exercise program and changed everything that went in and out of his body, mind and spirit. Schulze immersed himself in hundreds of intensive, alternative-lifestyle and natural healing programs, herbal-formulae and detoxification routines, as well as cleansing, fasting, flushing and health-building programs. After three years he returned to the same medical doctors who had told him he would die without surgery. This time they told him his heart had miraculously healed itself.

Excerpts from Dr. Richard Schulze’s 2013 book KEEP CALM and GET HEALTHY – The Philosophy and Fundamentals of Healing Disease, Naturally (pages 76 to 81):

“I have stated this many times before, in many places. I am just smart enough to know, and my ego is in check enough to admit, that I have no idea what is wrong with most people when they are dis-eased. And furthermore, I have no possible ideas how to tell, instruct, command or medically force their body to heal. On the other hand, what I do know is how to create such an amazingly healthy lifestyle and environment that surrounds the body, so that the body will get stronger and HEAL ITSELF! This is the only real and lasting healing and health. So instead of bullshitting my patients that I was some see-all, know-all, medical genius god, I instead FOCUSED on the GOOD, creating this amazingly healthy lifestyle for the body, mind and spirit and ignored their disease. That is when the healing miracles happened!

Dr. Schulze has studied, apprenticed, trained and been educated by the most renown and prolific leaders in Naturopathy, Herbology, and Natural Therapies:

Schulze has held appointments directing and teaching at the most respected, acclaimed and progressive academic institutions and clinics in the world:

In the early 1970’s, he opened the first Natural Healing and Herbal Medicine clinic in New York and several years later, moved his clinic to Southern California and practiced for just over 20 years, spanning over 20,000 patient visits. During this time he also managed and directed other Natural Healing clinics in Europe and Asia. He founded American Botanical Pharmacy and its products are sold exclusively at the botanical pharmacy and through a single source online at www.herbdoc.com where a weekly blog by Dr. Schulze can be accessed at www.herbdocblog.com. Dr. Schulze also founded Natural Healing Publications and has written, produced and distributed hundreds of pages and hours of video aimed at informing, educating, motivating and supporting those seeking natural options for powerful healing and health https://www.herbdoc.com/dr-schulze#booksandmedia.

Dr. Schulze has touched many lives and his patients range from the most rich and famous to the most destitute and ordinary. What is extraordinary about all his patients is their desire to attain powerful health. You will see celebrities show Dr. Schulze’s products spilling out of their purses and bags in the pages of beauty and style magazines and you have possibly heard that the man that gave us the iPod and iPhone turned to him when seeking natural healing. What matters to ‘Doc’ is not who you are or your bank account but who you WANT to be. To hear more from the people who use his products, click here for testimonials and stories.

Insider's Tips for Choosing Herbal Remedies and Who to Trust

Herbs and Supplements are not regulated by the FDA. This is an ongoing topic of debate these days especially in light of several recent recalls surrounding bogus products and claims. As a consumer it is important to arm yourself with knowledge about the manufacturer, the product ingredients and...

'Take the Tour': Inside Dr. Schulze, the Herb Doc's, Kitchen

At LivingHealthy we are consumers like you—curious about everything we put in and on our bodies. We tend to be skeptical. We research our purchase decisions. We read reviews. We read articles. We check sources. We get buyer’s remorse. We loathe buying products we can’t use. We fear that if we...

We recently sat down with Richard Schulze, Master Herbalist, Naturopathic Doctor and nutritional entrepreneur and played word association with this outspoken clinician and healing advocate. When we say food, he says…and so much more.

How To Select the Best Herbal Remedies

Master Herbalist Dr. Schulze, ND, MH, believes natural herbal remedies are an alternative to medicine and doctor visits. We sat down with Dr. Schulze to learn about the benefits of herbal remedies for improving your overall health and well-being.

We’ve all asked ourselves the question: Should I fight this cold on my own or just run out and get a prescription for Z-Pak? The debate of drugs versus natural healing is ongoing, but Master Herbalist Dr. Schulze is revolutionizing the way we think of healing by redefining medicine. He started...

Natural Doctor Speaks on Link Between Powerful Health and Nutrition

We hear it but we don't hear it. Because most of the time when suffering with being ill, we need the quick fix first -- and then we can do all that other stuff like alter our diet, minimize excess partying or stress, exercise more, sleep better and so on. And yet if you've ever spoken to someone...

He saw it coming. Before news of the bogus supplements broke, we sat down with Dr. Richard Schulze, ND, MH, and spent the day asking him about the multi-billion dollar industry that he has helped create. Over the years, he has seen thousands of patients, albeit in an unorthodox clinic, and has...